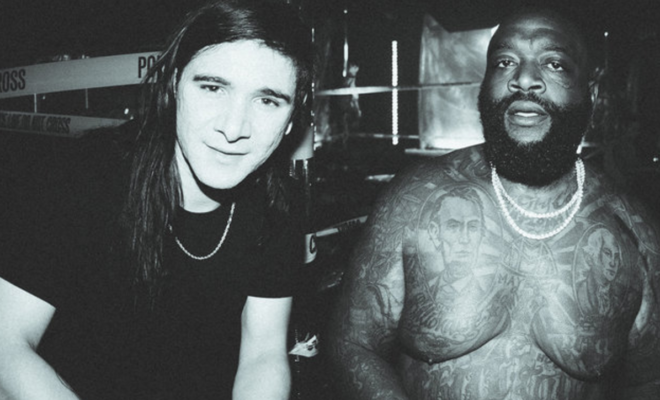 Skrillex and Rick Ross have shared the video for their new track ‘Purple Lamborghini’.

In the video footage, the two are seen hanging out with Jared Leto’s The Joker in a club and on a boat.

The track is taken from the official soundtrack for Suicide Squad, which was released in theaters yesterday (August 5).