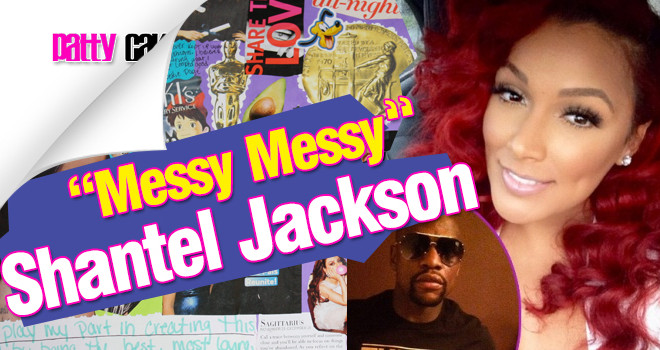 So in a continual effort to pursue her lawsuit against her ex-fiancé Floyd Mayweather, Shantel Jackson exposes text message sent to her from Floyd attempting to blackmailing her where he describes how he will  expose “nasty videos” of her will surfaced. Even after he did all of this he still proposed to Ms. Jackson…via text trying to make up and get back together for marriage!

If you recall Ms. Jackson filed lawsuit on Floyd for assault and battery,  Floyd call her out last year on social media  for aborted their twins, embarrassing as that may sound Ms. Jackson persuad the lawsuit instead of going tic or tac with the champ on Instagram and twitter.

TMZ Sports obtained a few text messages dating back to April 2013 , where undefeated champ Floyd Mayweather threatens to release “nasty videos” of her on social media, in the text he allegedly brags about taking her from rags to riches, he also states that he has her phone tapped and even hired a detective to follow her around. Yikes sounds a little stalkerish Champ…all you missing is the bird nest hat, camouflage coat and binoculars.

In the texts, Floyd allegedly writes,

“I took you from rags to riches now you back to rags bitch. that’s why your out selling shit going on petty ass auditions fronting to people like your doing big sh*t.”

“I had your phone traced. I hired a detective. Your not slick. If it was a dude that’s all you had to say.”

Not only was he busy issuing threats, he also proposed to Shantel…for the 2nd time…via text message! Chile…

Floyd attempted to persuade her with this offer if she comes back:

“This is what I offer to you. Let’s get married move in together you can go back in forth to L.A and stay at the condo.”
“I promise I will get you in 3 A list movies this year and I’m willing to go to counseling to make us work and you can get the stuff you want and I’m willing to change but I need you to have a better attitude.” 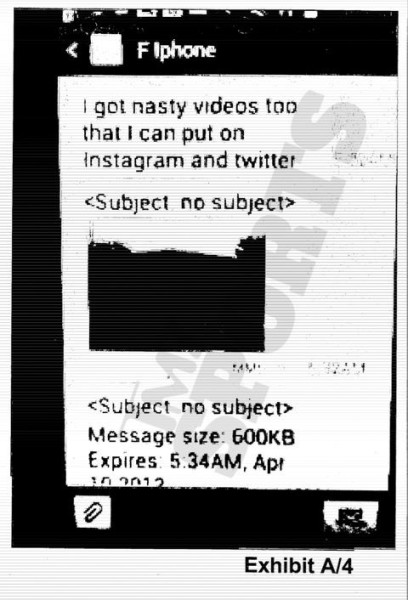 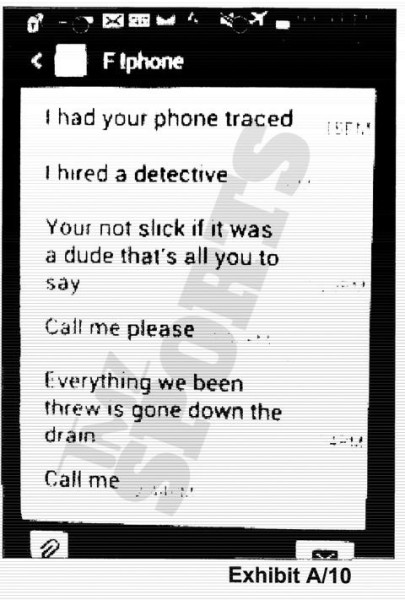 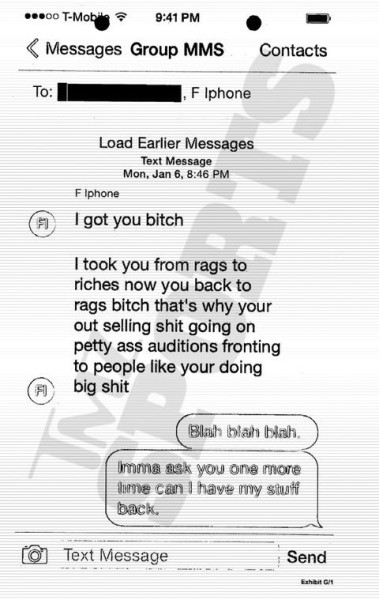 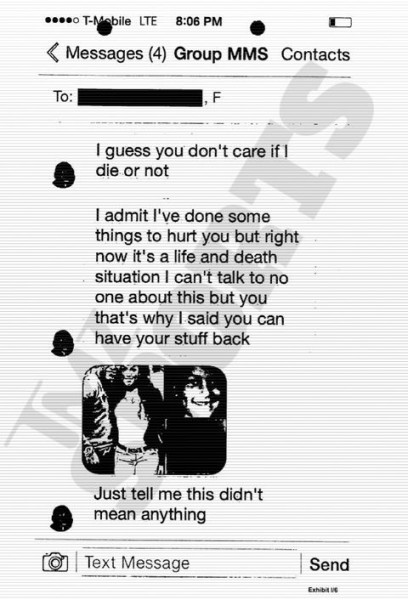 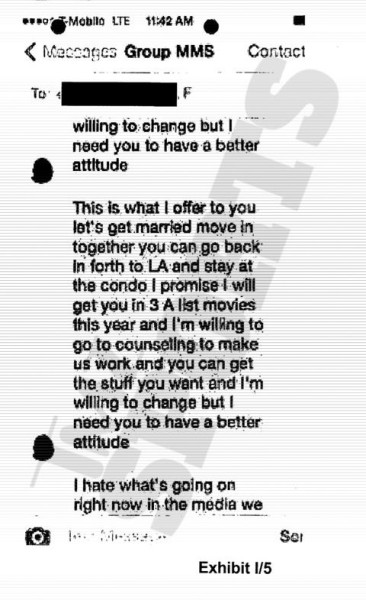 Pattycakez Staff
← Previous Story Draya Michele Open Up About Her love For Brown Liquor | What Makes Her Feel Sexy In Maxim’s Hot 10!
Next Story → That Was Fast! Kendall & Kylie’s Dad Bruce Jenner Gets Boob Implants and Now Wants to be Called “Caitlyn” Caitlyn Jenner !!!