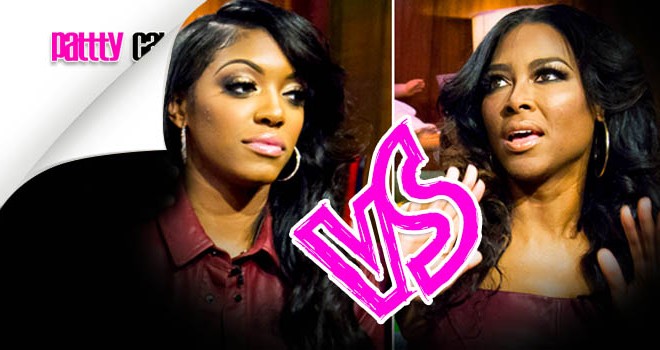 ‘RHOA’: Porsha Williams gets replaced Over Kenya Moore Fight? — The Good The Bad The Ugly!!!!!

Are you ready for those Georgia Peaches to return to the screen? Well, ready or not, the Real Housewives of Atlanta are back. The ladies will be returning to television Nov 19 with two new girls and more drama.
It’s being reported that the infamous brawl between Kenya and Porsha did not leave Porsha without a job but it did cut camera time for her,  making her a part time cast member along with newcomer, Demetria McKinney.

We definitely look forward to seeing how the relationship of Nene Leakes and former Bff, Cynthia Bailey play out this season.

The newlyweds, so love them, are wanting to expand their family but reportedly Kandi is having a few fertility issues. On the other hand,  her bff, Phaedra is dealing with becoming a newly single parent.

Kenya- well, she’s her own drama, however apparently she does want a little one. Problem with that? She needs a man. Hmm, perhaps she will find him during this season.

As for the second newcomer to the show, Claudia Jordan- I’m interested to see what’s her storyline.

So, who’s tuning in with us?