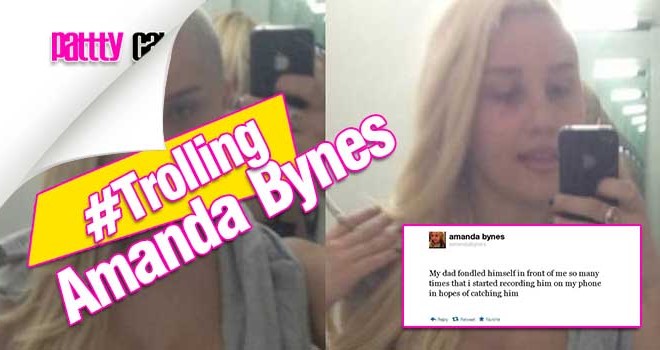 Former Nickelodeon child star Amanda Bynes is back trolling the web again! You may remember last year in NYC tabloids reported that something is very off about her. Well, she recently, and she spoke openly via Twitter to explaining her side of the story. The “Easy A” actress dismissed reports that she has a mental illness, and says she’s planning to sue all the tabloids us included for writing false stories about her.

Since then her timeline reflect recent tweets, dropping the F- and N bomb!!

“F**k I just need a tremendous amount of facial surgery. Tabloids always choose the most hideous shots of me and i know it’s because I called so many people ugly but I’m not insane…What I need help with is looking pretty. Help a n***a out and hop off ma d*ck.”

Bynes also made the claim that her father sexually abused her as a child.

Check out her tweets, Poor child Has this girl lost her marbles comment below!!

I need to tell the truth about my dad

Help a nigga out and hop off ma dick

Don't believe anything the tabloids are saying about me. They dislike me for some odd reason & they continue to insult me everyday.