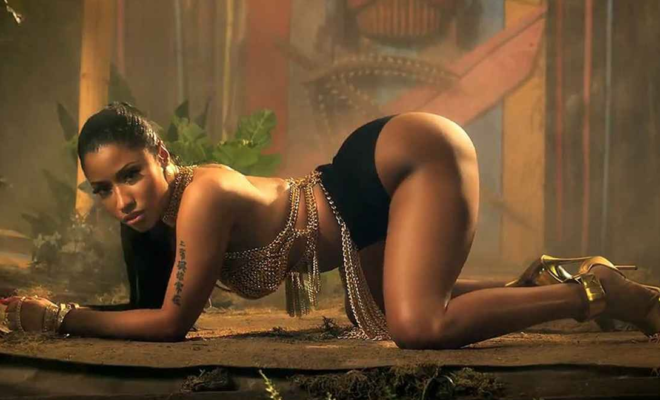 While her man gets creamed in a rap battle, Nicki Minaj is has become a legend before our very eyes. Though the female Mc’s “Anaconda” video didn’t get her a Video Music Award nomination, it got her something else: a wax statue.

Even boys named Troy who live in Detroit will like @TussaudsVegas' new @NICKIMINAJ figure. http://t.co/v0vTCmuHio pic.twitter.com/fzacnFfAAa

According to the La times

The figure, which hasn’t been seen by the public yet, pays tribute to Minaj’s “Anaconda” video, which has been viewed on YouTube nearly 500 million times. That means a jungle backdrop, back-up dancers and special effects will be recreated for the figure’s debut.

Minaj’s figure will be permanently on display inside of the attraction’s Music Room.

The museum started working on the figure in February with more than 20 artists sculpting the figure over six months. The team used more than 300 body measurements in the construction, first sculpted in clay by hand and then covered in a plaster cast. Once the artists remove the clay, they pour wax. Acrylic eyes and teeth and individual hairs set by hand are part of the construction. Layers of paints and tints make up skin tones.