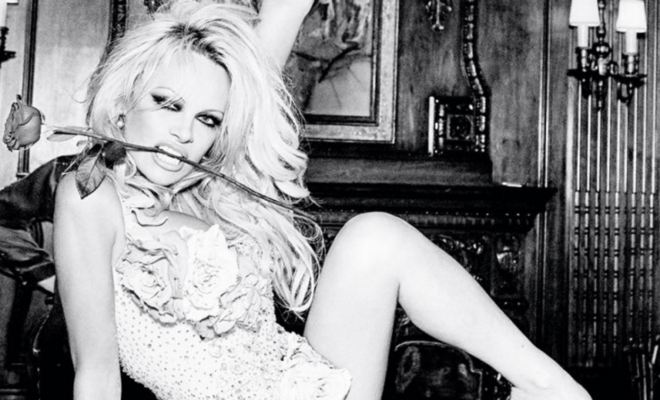 How Much Is The Final Copy Of The Last Nude Issue Of Playboy, Signed By Pamela Anderson Worth?

You guys remember sexy 90s Actress and Playboy model Pamela Anderson.  Shes now staking her claim in the fan memorabilia realm and the prices aren’t for the faint of heart.
Anyone in the mood for a special Pamela Anderson autographed edition last nude issue of Playboy. She’s gauging the prices up in her online store for whopping $500 a pop, with all proceeds going to her Pamela Anderson Foundation. We have no idea what her foundation means besides some serious tax write-offs for the ’90s model Glam girl, but here’s how she describes their mission when asked:

Pamela Anderson Poses for the Final Nude Issue of Playboy.

“Almost two months ago, the announcement that Playboymagazine would be going non-nude starting with the March 2016 issue. That means that the January/February double issue hitting news-stands on Friday, December 11th will be the finalPlayboy featuring nudity.

“To close out this era in the magazine’s history, it only made sense to put the most famous Playmate in Playboy history on the cover:- Pamela Anderson.”