For the last couple of months the internet has been brewing with detail accounts of the maylaa that went down on the set of Love and Hip Hop  Atlanta’s Reunion  taping.  The premier aired and it was nothing shy of a disaster… Lets just say  all hell broke loose after Benzino and Althea’s smart remarks pushed the Puerto Rico princess to her tipping  point. It was like watching an episode of “Snaped”  Josaline and Stevie J went head  to head with Benzino and his girl Thee-Thee and unleashing a spew of words in a screaming match  but not before Joseline politely passed out a can of wooop ass  to three cast members . We don’t like to name names but Mimi Faust ,Tammy, and Althea will been sending Stevie their doctor bill. After the mayhem settled.  It ended with  Dawn bursting into tears!!!  If i was Dawn I would be scared too Josaline handing ass whooping  out free! But thats none of our business thou. 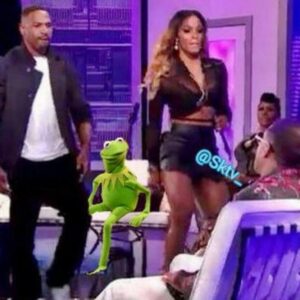