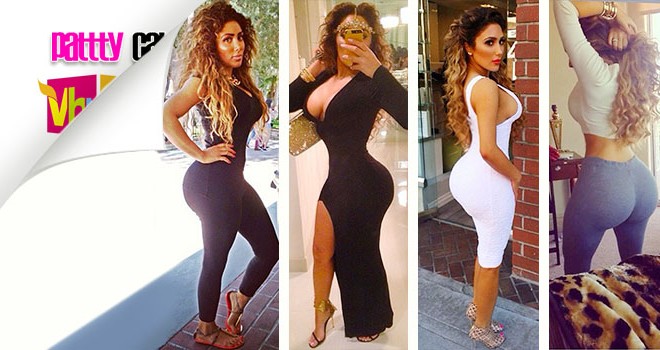 Vh1 kicks off with a new spin-off installment of Love and Hip Hop centered around “Hollywood” cast. From the looks of things the premiere episode is packed so much ratchetness it may give the fans of Atlanta spin-off a run for their money.  With the so many faces some new and old the cast celebrated their season premier at the “Inside Jokes Comedy Club in the TCL Chinese Theatre”.  Among the bunch was the incredibly Mally Mall sexy girl friend Nikki Mudarris.

Alluding to the idea thats shes “thicker than a snicker bar”  the beauty posted a pic exuberating sex appeal as she sats upright in her bed while wearing only a tiny nude bra and thong showcasing her lovely stacked body.

Check out all the cast of Love & Hip Hop Hollywood !!!