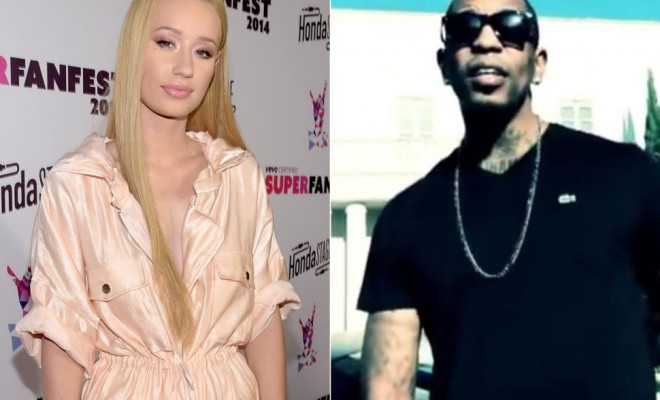 The next time you refer to your new boo as your hubby or wifey, you’d better do so with caution. At least that’s the case if you live in Texas. Failure to do so could cause you to end up like Australian femcee, Iggy Azalea.
It’s being reported that the rapping beauty is apparently going through a messy divorce. Although she allegedly had no clue she was married. Her supposed hubby says different. He claims the two were married and even made some music during that time. Of course he’s seeking reparations, a 50/50 split of earnings associated with composed songs during that time to be exact.
In the state of Texas, a simple agreement and cohabitation could very well be honored legally as common law marriage.
Of course this comes on the heels of a threat from Williams to release  an alleged sex tape the rapper starred in.
In the meantime,  Iggy Azalea’s camp is denying all claims stating that Williams is just after a financial come up.

Gypsy Long
← Previous Story Rihanna says her Box is a Bugatti, Baby!!
Next Story → Beyonce latest struggle hair doo shuts Instagram down!!! Jay-z why you let her come out like that!