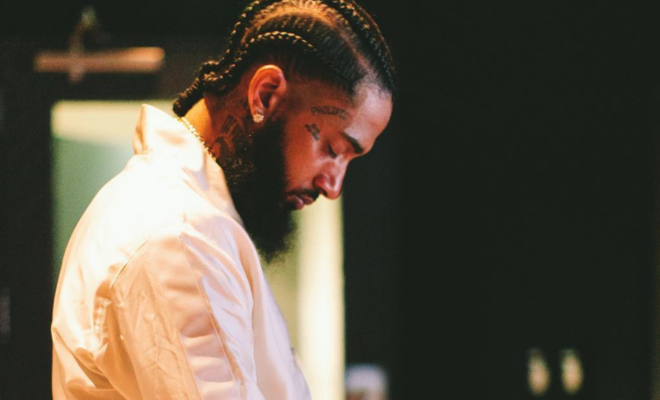 Police revealed Hussle was one of three dudes shot Sunday outside Marathon Clothing, the other two men are currently in stable condition. As night fell a large crowd gathered outside the store to pay their respect . Detectives were stalking the area to question any forth comming witnesses and looking to see if surveillance video had captured the shooting, police Lt. Chris Ramirez said.

Mayor Eric Garcetti was among the many people expressing condolences.

“Our hearts are with the loved ones of Nipsey Hussle and everyone touched by this awful tragedy. L.A. is hurt deeply each time a young life is lost to senseless gun violence,” Garcetti tweeted. “My Crisis Response Team is assisting the families coping with shock and grief.”

“This doesn’t make any sense! My spirit is shaken by this!,” Rihanna posted this message and photos of Hussle with his daughter and another with his fiance. “Dear God may His spirit Rest In Peace and May You grant divine comfort to all his loved ones! I’m so sorry this happened to you @nipseyhussle.”