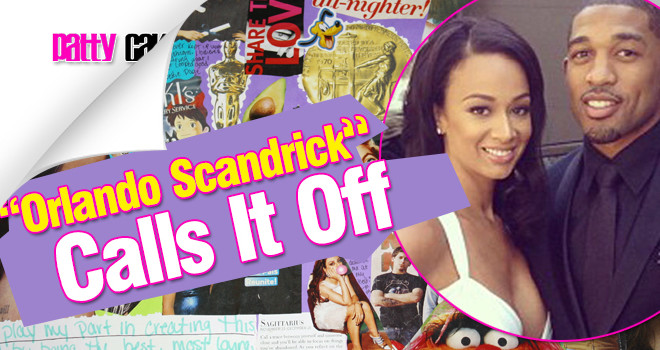 Draya Michele, star of “Basketball Wives” and long time boyfriend Orlando Scandrick of the Dallas Cowboys parted ways again but this time it was Orlando who called their engagement entirely!!!!

It was just a few weeks ago Orlando Scandrick proposed to Draya Michele, things seem to be taking a turn for the worst, not only is he calling off their engagement but breaking up with her and doing so publicly for the world to see. He posted yesterday via Instagram ” I don’t want no relations” yikesssss!

“I have made the decision to call off the engagement and permanently end the relationship I had with Draya. In hindsight, it was a poor decision to propose. I am anxious to move on with my life both personally and professionally.”

This comes as quite a shock but perhaps even more embarrassment  considering it was just in  June when Orlando proposed to Draya with a gigantic diamond ring after they had been dating on and off for nearly two years.

I don’t want no relations