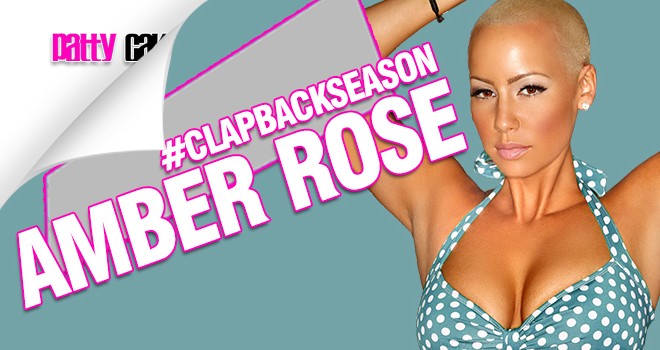 So, when Amber Rose expressed her disgust for Tyga and his love affair with the barely of age Kylie Jenner during an interview with The Breakfast Club, we just knew she’d opened a can of worms.
We were right.
Not only did big sister Khloe respond but her ex, Kanye West, followed up with an interview on The Breakfast Club and he respsonded as well. He defended the honor of his wife, whom Amber called a whore, and also took shots at her saying that no woman would want to be with any man that had been with her. The rapper even said that he had to take 30 showers before getting with Kim K to rid himself of Amber Rose.
Wow!
Kanye as well took the time to comment on Kylie and Tyga’s love, calling Tyga, who by the way expressed his love for Kylie beauty via his IG, a smart man.
Hmmm, in love but she JUST turned 17, oh ok… check out his comments in their entirety.

I'm always so quiet and just a cool fun girl. The funny thing is I'm all for a woman making something out of nothing.

Ppl make mistakes in life trust me I have. But when u bully other ppl and ur not perfect its so fucked. I own up to every piece of my life. 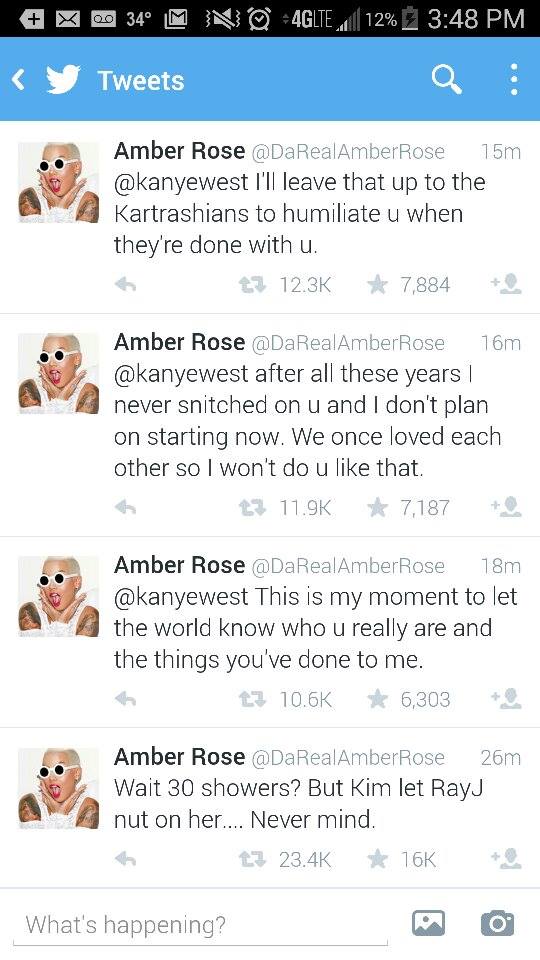