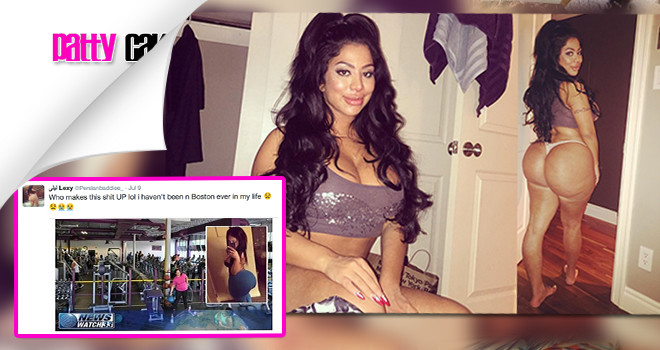 [Update] Woman in Coma After Her Butt Implants Explode During Gym Workout Was A Complete Hoax !!!!!! 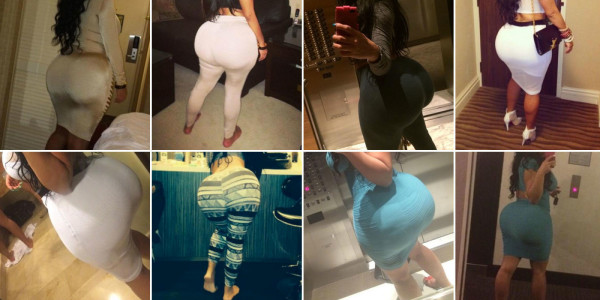 Over the past week this story has spread like wildfire,
Serena Beuford, at age 27, is in a coma after her A$$ implants popped during a gym workout, WOAI reports. Sources say she was at a local Boston gym doing squats when the implants broke down. Beuford apparently yelled that her butt was gone before she collapsed.

According to several sources, a patron at the gym, Jewel, said this is what happened: “I heard a loud popping noise followed by the woman falling to the floor. She was screaming my ass is gone! I had no idea what she was talking about until I saw her cushion like butt missing when EMS took her out the gym. She used to always show off her butt in the gym and tried to get guys attention with her work outs.” It’s not certain if this is exactly how things went down, or if the quote was fabricated.

Sources said her sister, Beuford was filming an Instagram video and hoped to get famous for her massive 64-inch butt. She had recieved the implants from an unlicensed clinic that is now under investigation. Doctors say Beuford will require surgery.

As intriguing as this story fatal story sounded it turns out that it was entirely made up. Yes it was a complete Hoax 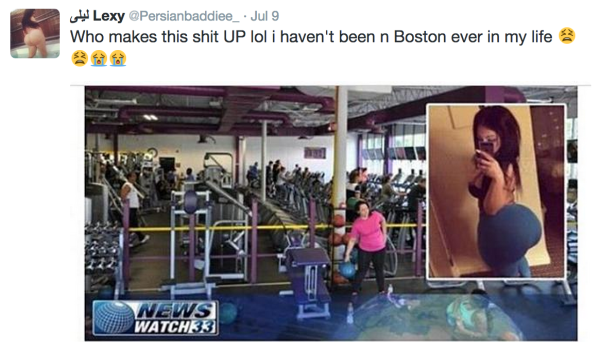 Lol Really😭😭😂😂 glad My name always on someone topic😘😘

According to board certified plastic surgeon Douglas Steinbrech, “Implants don’t pop. They stay in position. It’s not like a balloon. If she had a balloon filled with some kind of saline, even if it popped, the fluid still stays there and then it takes hours for the fluid to resorb. It’s not like you’d have that immediate deflation.”

How bout a #TB from a few weeks AGO

According to Dr. Steinbrech “The only way that that could be is if someone took breast sizers, which is basically a balloon that we blow up with saline or air just to see how big the implant is. That could rupture, but it would be an air pocket and that would take some time for that to be resorbed. If the implant eroded by the anus and eroded through the skin and the air pocket popped, it could go through the colon and come out like gas.” So a very specific (and borderline impossible) series of circumstances could cause someone to essentially fart their implant out. But the short answer is still no. “I’ve seen everything,” says Dr. Steinbrech about implants. “And I have yet to see a balloon that’s blown up with air.” So although this story never happen and is completely implausible, it’s safe to say that it’s still a very bad idea to get butt implants from anyone other than a board-certified surgeon. Source : Cosmopolitan