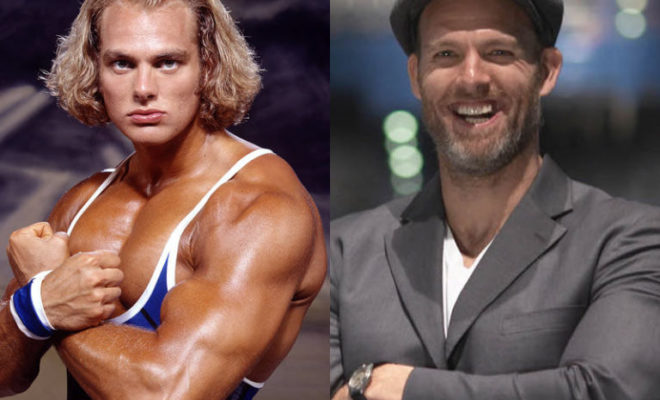 It’s Been Over 25 years Since Gladiators Hit The Silver Screen But Where Are The Stars Now?

As a child I enjoyed these seemingly superhuman powerhouses, they truly forces to be reckoned with – and only occasionally tamed by strict referee John Anderson. Originally hosted by John Fashanu and Ulrika Jonsson, Gladiators launched 27
years ago this month. But where are those man- and woman-mountains now?

It’s Been Over 25 years Since Gladiators Hit The Silver Screen But Where Are The Stars Now? 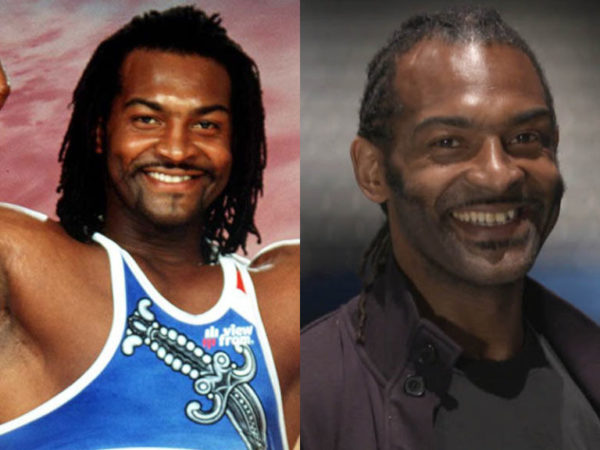 Gladiator veteran Saracen starred in all eight series of the Saturday night staple.

He later traded in his giant cotton buds for a hose and flexed his muscles for the fire brigade.

You may have spotted him on various daytime telly shows, including This Morning.

Mike also recently proved he was still nimble as he tackled the tough Ninja Warrior course. 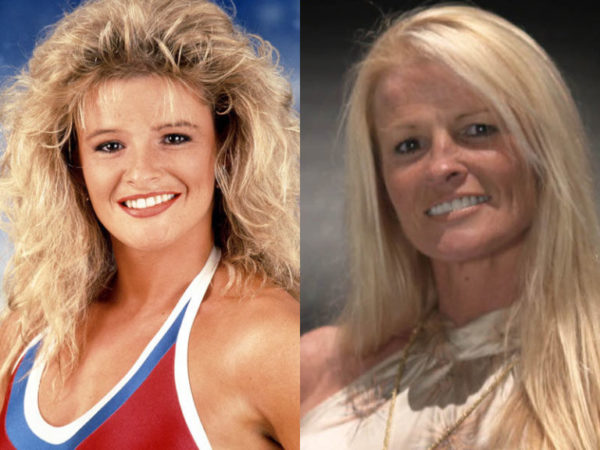 Former gymnast Kim Betts stole the hearts of the nation when she appeared on Gladiators.

The blonde bombshell left her telly career behind her as the series left our screens.

She is now a successful businesswoman, running a variety of companies including a beauty parlour and fishery.

The mum-of-two also boasts 15 years of property development experience and lives on a farm with her husband and children. 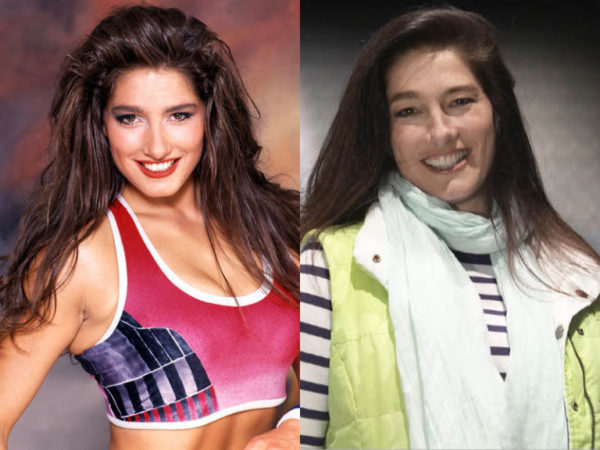 Jet was a firm favourite among ardent Gladiators fans and was an original member of the team until she had to pull out in 1996 after suffering a back injury while tackling the Pyramid. 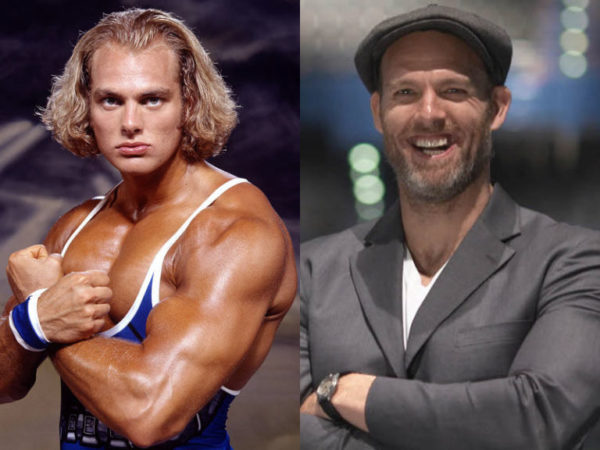 Hunter was the youngest Gladiator to be recruited for the show, joining at the tender age of 19.

He hit the headlines after dating the show’s host Ulrika Jonsson, the relationship was strongly denied until she finally came clean in her 2003 autobiography.

After dabbling with an acting career for a few years, the star settled in to the sports industry like many of his former co-stars.

As well as being a personal trainer, James also runs his own successful consultancy business, Chelsea Fitness. 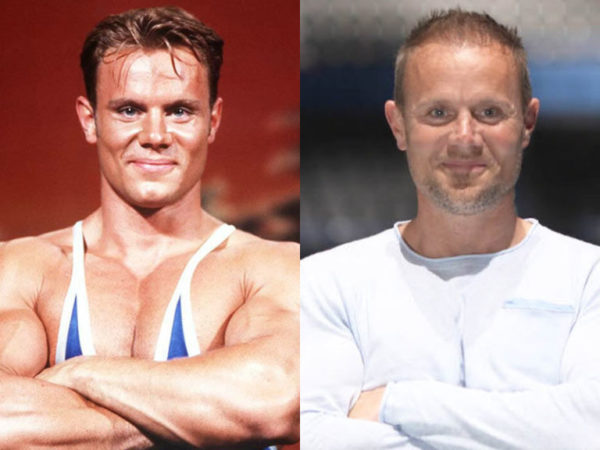 Ace tackled the travelator for a total of four series and retains an additional claim to fame as Katie Price’s first fiancé back when we called her Jordan.

These days he is a devoted Christian and evangelist.

Speaking exclusively to The Sun Online at The Guide Dog Awards, James said: “Ace is now a Christian, he’s turned to God.

“He had some quite horrific things happen in his life, really horrific, so it was either that or probably he wouldn’t be around now.”

Warren has previously opened up about finding Christianity and even pleaded with his ex-Katie to find faith. 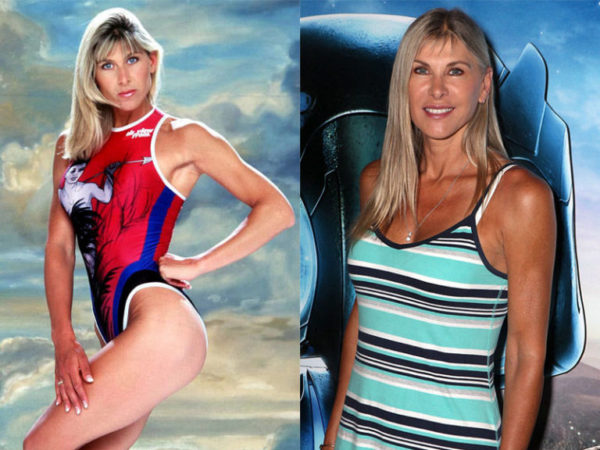 Yes, swimmer Sharron Davies was a Gladiator. She kicked ass as Amazon in 1996. Prior to taking part in the show, the professional swimmer won a silver medal in the 400-metre individual medley at the 1980 Olympics in Moscow, and two gold medals at the 1978

Unlike many of her co-stars, Sharron isn’t most famous for her role in Gladiators.

The Team GB swimmer and gold medal-winner has worked as a TV presenter since retiring from sport.

She has hosted The Big Breakfast, Superstars and provided commentary for the Olympics.

Sharron’s competitive streak has shown no signs of disappearing.

She battled it out against other celebrities on Dancing On Ice and the Island with Bear Grylls. 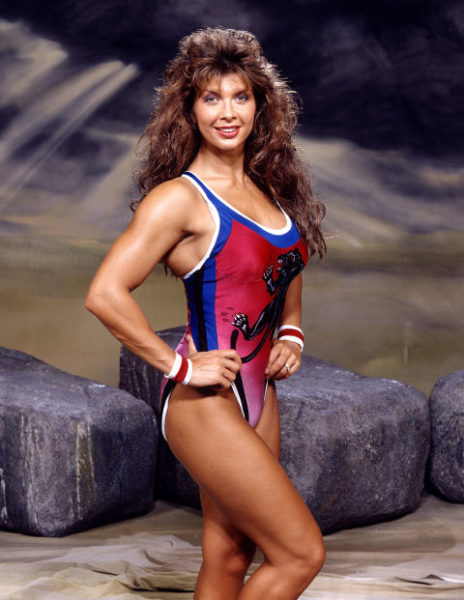 Panther fought her way through five seasons of the show but sustained a serious neck and back injury after falling head first during the Tilt event.

On leaving she continued to pursue her passion for fitness, setting up Panther’s Gym in Uxbridge with her husband.

Helen has largely shunned the spotlight since the cameras stopped rolling, only picking up one credit for compilation programme When Gameshows Go Horribly Wrong. 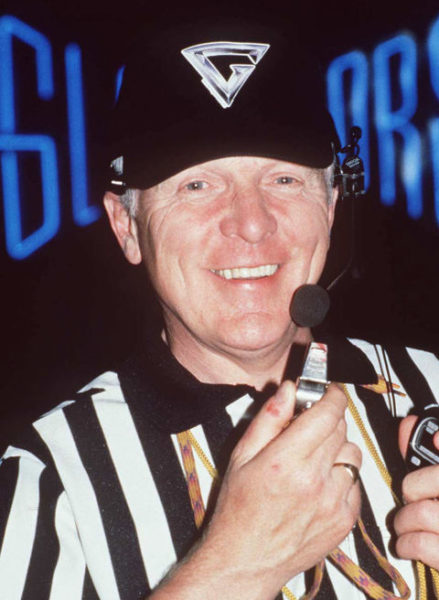 Living legend John Anderson coached an Olympic athlete at every games from 1964 to 2000.

Remarkably, the 85-year-old also only recently stopped playing tennis but reportedly still goes to the gym three times a week.

Having hung up his whistle and his mentoring cap, John is now retired. 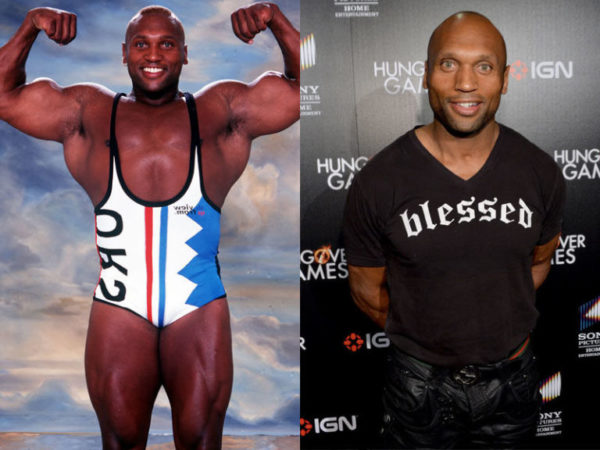 After four seasons of climbing, swinging, running and fighting in the Gladiator assault courses Rhino had gained sufficient attention to secure a number of small acting roles on some big-budget productions.

He has appeared in blockbusters such as Batman Begins, Hitchhiker’s Guide to the Galaxy and Ben Affleck’s political thriller Argo. 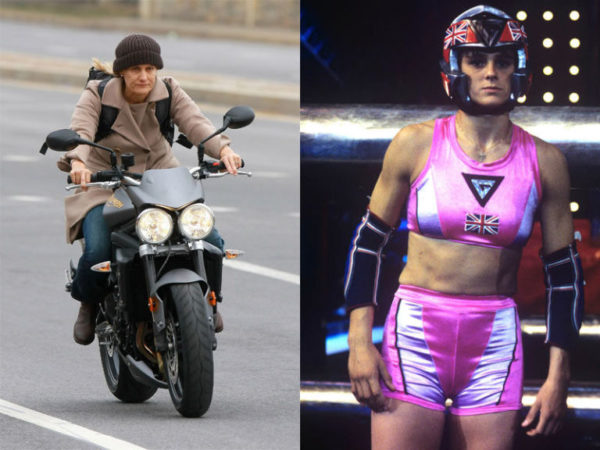 It was a blaze of glory that led Eunice Huthart, a former contender on the show, to be invited back as Gladiator Blaze after overcoming the Travelator to clinch victory as the female champion in 1994. She possessed the power, the courage and the skills (okay, that’s enough) to remain the only UK contestant to ever become a Gladiator.

It was a blaze of glory that led Eunice Huthart, a former contender on the show, to be invited back as Gladiator Blaze after overcoming the Travelator to clinch victory as the female champion in 1994. She possessed the power, the courage and the skills (okay, that’s enough) to remain the only UK contestant to ever become a Gladiator.

Eunice has gone on to become a successful stunt double. In 1995, she was the double for Famke Janssen in GoldenEye, and since then has performed stunts in major Hollywood blockbusters including The Fifth Element, Titanic, Pirates of the Caribbean: On Stranger Tides and Fantastic Beasts and Where to Find Them. 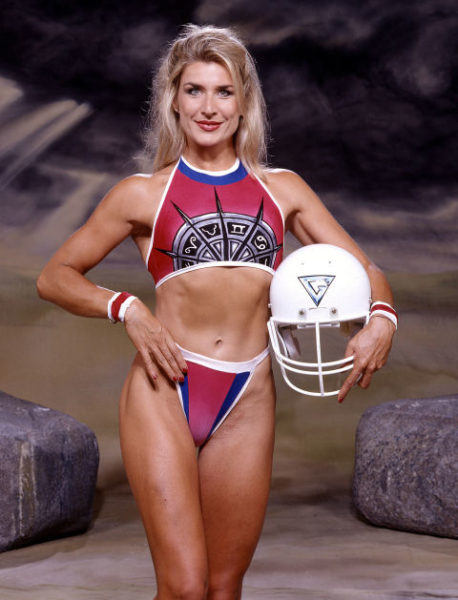 Former British pole vaulter Kate Staples battled it out on Gladiators under the alias Zodiac.

The athletic TV regular was best known for smashing speed and agility events, including Pendulum, Skytrak and Pursuit.

After suffering a serious fall on Pole Axe in 1996, Kate took on a less prominent role. 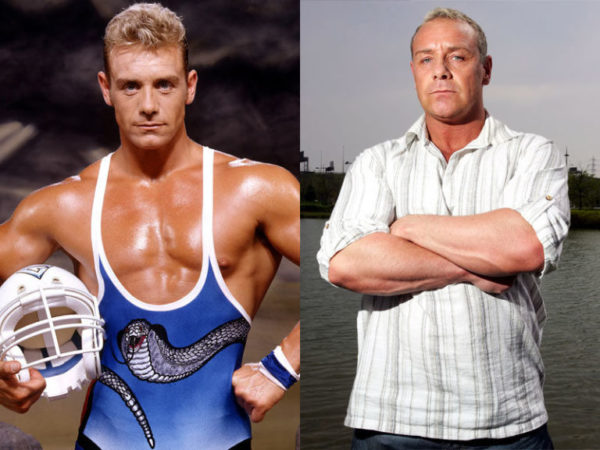 Former boxer Michael Wilson showed his sporting prowess as he took to the arena as Gladiator Cobra.

The original cast-member regularly showed off by doing the splits and kicking his legs up high in the hair.

Since the programme was taken off air, Michael has shunned the spotlight.

He currently lives in the West Midlands, enjoying the more relaxing past-time of water-colouring.

Wilson has used his fame for good, as he regularly visits schools across the country to promote fitness. 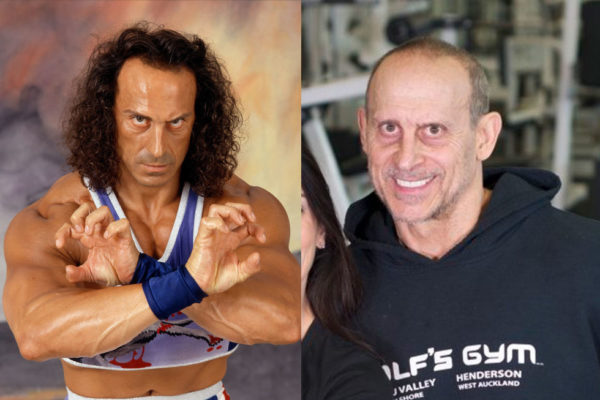 We were all afraid of the big bad wolf back in the day and even two decades on that glare hasn’t lost its menace.

Everyone’s favourite pantomime villain is still as ripped as his younger counter parts despite being 64 years old.
He currently lives in New-Zealand and is a regular on the Kiwi cage fighting scene.

Wolf returned to the 2008 Gladiator revamp where his standing ovation on entering the arena is said to have lasted five minutes holding up the filming.