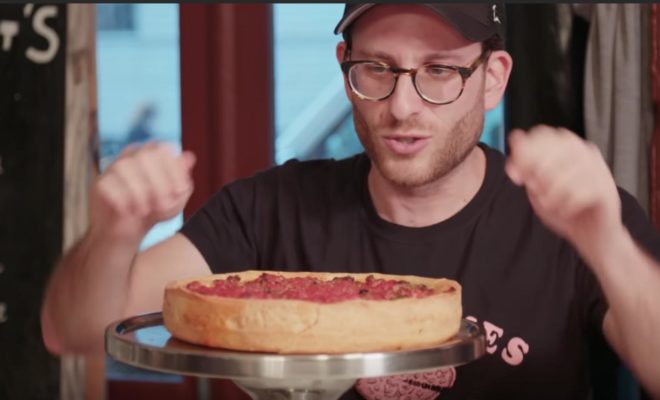 Really Dough ? | Is It Chicago Deep Dish Pizza or Casserole?

Nearly as old as pizza itself It’s probably one of the ages oldest debats; Is Chicago’s deep dish even really a pizza? In an era of the millennial, most would agree. However some puriest would be remiss to call it so. Perhaps a casserole, other’s an abomination, but definitely not a pizza.

Talk show host Jon Stewart once joked about the dish on national television claiming, “This is tomato soup in a bread bowl. This is an above ground marinara swimming pool for rats.” So on this episode of Really Dough? Scott and Mark are settled this great debate once and for all.

So what do you think patty gang Will Mark call it a pizza?