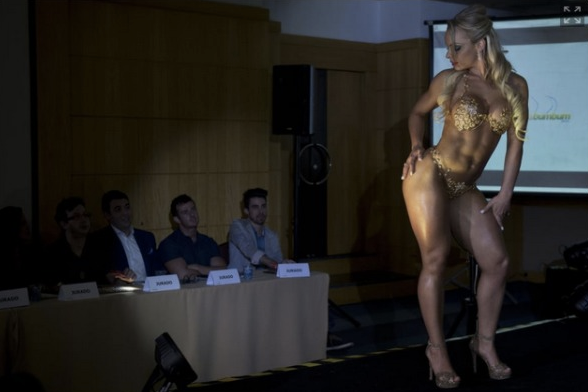 The glamour model turned Brazilian TV presenter has been hospitalized when cosmetic gels “rotted” her muscles tissue after she’d ask doctors to make her thighs and hips larger. 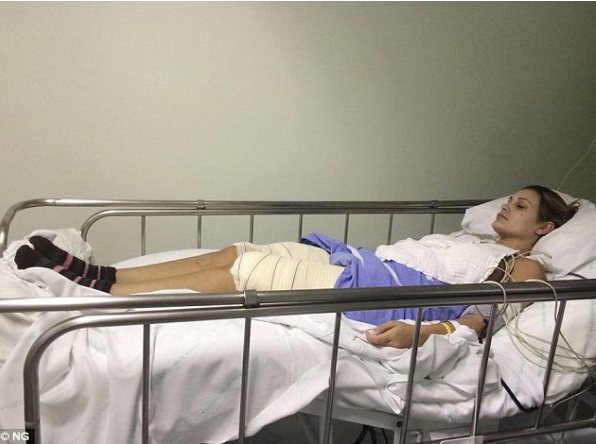 Know as Miss BumBum, the 27 years-old name Andressa Urach, was most renown for her Assets. It even won her the runner-up title in a contest in 2012, which aims to find Brazil’s most attractive “A$$”. 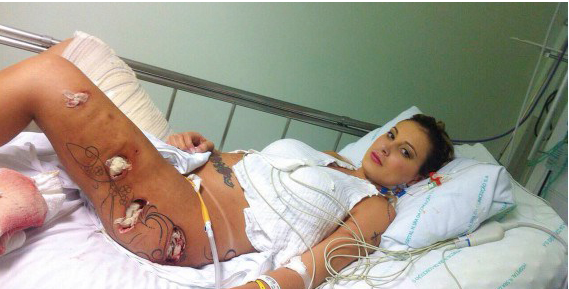 After a recent visit to the doctor for what appeared to be a normal cosmetic routine to inject fillers into her legs, ultimately caused a  life-threatening infection from which she spent a month in intensive care fearing she would lose her limb. 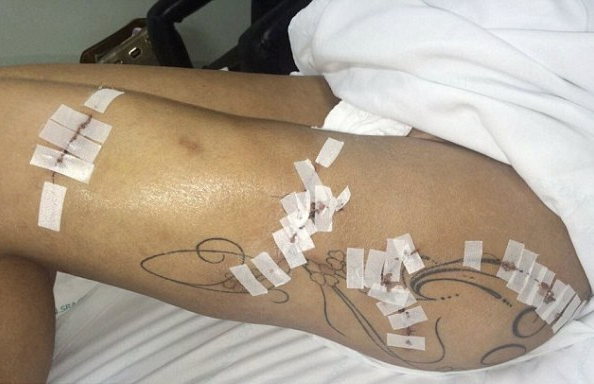 The fillers were reported to be a chemical mix of  two separate agents called hydrogel and PMMA to make her thighs and hips plumper. 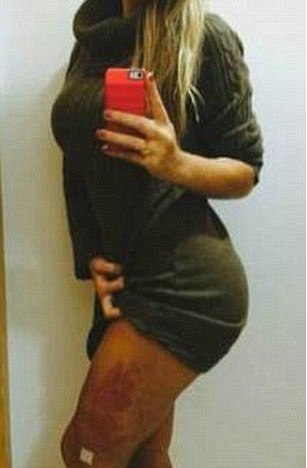 After the injections she began to complain to her physician about feeling of pain and discomfort which led to a second procedure to have around 400ml of hydrogel drained from each of her upper thighs and hips.

From what we were told the hydrogel wasn’t absorbing into her body, causing an allergic reaction, and the PMMA began attaching to her muscles fibers, which ultimately caused the surrounding tissue cells to rot and die leaving the model with large gaping holes surrounding her thighs and hips. 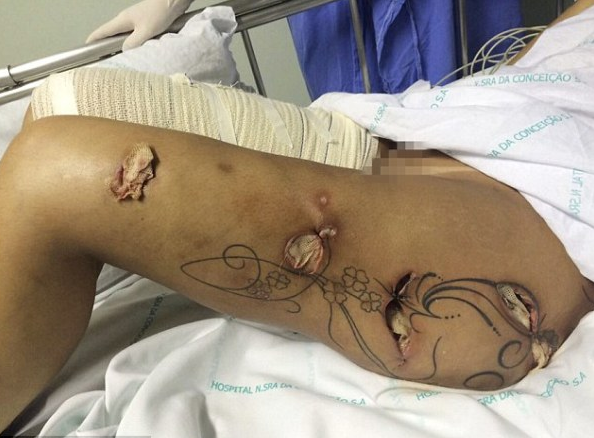 Its reported that Urach has undergone over 8 cosmetic procedures in the past 5-years, but after nearly dying from this last one she’s a changed woman. She said. “I’m still in the middle of a horrible nightmare. All this I’m going through is punishment for my stupid vanity”. The model claims her beauty and material possessions aren’t of any importance and if she could start over, she would do things entirely different. 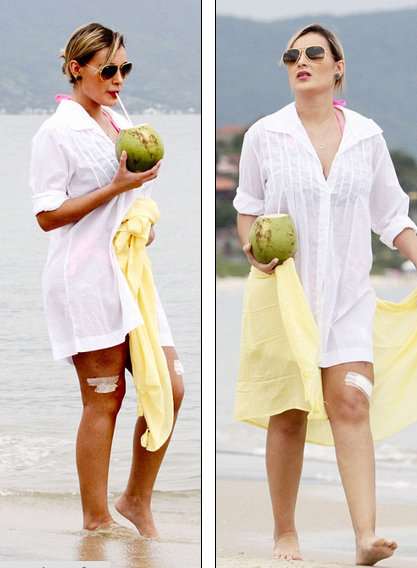 Pattycakez Staff
← Previous Story Big Booty Model Olivia Jensen and Gracie Burwell Does The Haunted Mansion Challenge For 10k! (Video)
Next Story → MODEL TATTED UP HOLLY THREATENS TO RELEASE PICS OF HER EX 50 CENT BEATING THE BREAKS OFF HER !