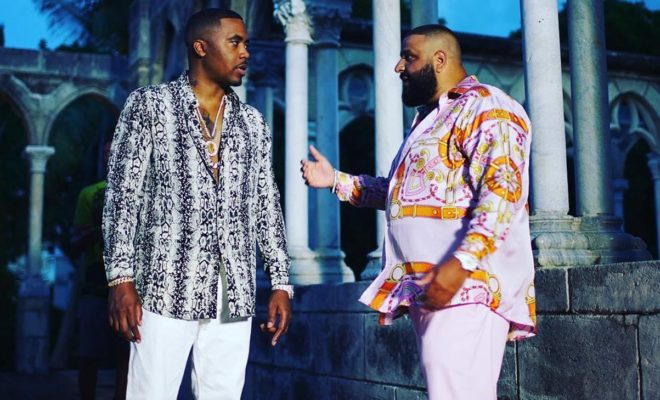 Earlier this week DJ Khaled revealed an epic preview of his Major Key’ hit single track with Nas’ titled “Nas Album Done” and after seeing it in all it’s splendor it is definitely one for the ages.

Falling just under nine minutes the short film is co-directed by Khaled and Eif Rivera—who worked on the videos for “You Mine” and “Gold Slugs”—and takes place in the Bahamas.

There Khaled cliques up with Louie Rankin a.k.a. Ox from Belly for some as Khaled would call “major #clothtalk for the youth, a segment where they have some motivational convo that perfectly sets up the song portion of the video as Nas arrives in classic fashion with a cigar in hand to body the competition.