Warning: The Kylie Jenner Lip Challenge Has Gone Viral And Its Causing Some Serious Dangers!!

Kylie Jenner has posted numerous pics on the net  showcasing her ever changing pout. Somewhere between her many IG posts of a sultry lip pout, someone thought it was a cool idea to start the Kylie Jenner Lip Challenge, which by the way yielded some very horrific results that even put a few participants in medical care

I swear people will do anything !!!! Take a look at this foolishness above. 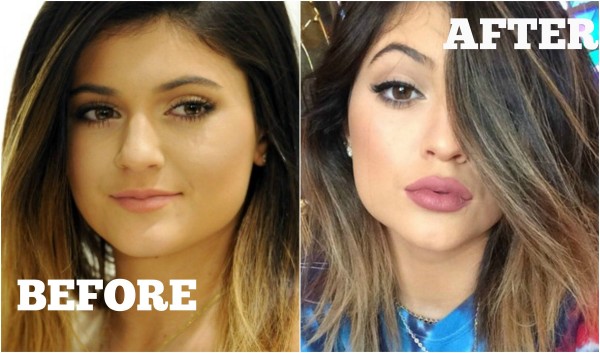 Congratulations: Against some medical advice and all reason, you have just taken the Kylie Jenner Challenge — artificially plumping your lips to look more like the 17-year-old reality television star, the daughter of Bruce Jenner and Kris Jenner (formerly Kris Kardashian and the mother of Kim and Kourtney, among other Kardashians, though that’s not important right now).

Like the Ice Bucket Challenge, taking the Kylie Jenner Challenge is a thing that people do — and people are being warned against.

“Very young girls — significantly younger than Kylie, who is only 17! — are participating,” Emily Orofino of Pop Sugar reported. “… After placing their lips into the shot glass, they suck the air out of the glass, creating friction. However, because the glass isn’t flexible … the shot glass can break under all the pressure, causing serious injuries that require stitches to repair.”

There are many critics of the Kylie Jenner Challenge. First, there are the doctors.

“The new trend in trying to DIY lip plumping is quite concerning,” Dendy Engelman, a dermatologic surgeon, told Seventeen. “Not only can significant pain, swelling, and bruising result from these suction techniques, but there is potential risk for scarring and permanent disfigurement with repeated attempts.”

Then, there are those who say women — particularly young women — should not be modifying their bodies in painful, potentially dangerous ways to emulate Hollywood’s notion of what a woman should look like.

“I am not against body modification by any means,” Orofino, who preferred to “plump her pout” with a product called CandyLipz, wrote. “I am against young women — who aren’t fully developed (physically or mentally) — making uninformed decisions that could change their looks forever. If you’re looking to try this big-lip trend, I recommend doing so by overlining your mouth with lipliner (that’s what Kylie claims she does!).”

For the record, Kylie Jenner — who did not respond to a request for comment — says her pillow lips are au naturel.

“I’m like, ‘Stop talking about my lips,’” Kylie told Britain’s Grazia Daily. “I haven’t had plastic surgery. I’ve never been under the knife. People flashback to pictures of me when I was 12 and say ‘Kylie’s so different’ but how can I look the same from 12-18?”

So: Perhaps the challenge is one that should not be taken?

“The moral is that even Kylie isn’t participating in the Kylie Jenner Challenge,” the Inquisitr wrote. “So, what is everyone involved doing to themselves?”

After Watching the video below and above do you still think Kylie is just overdrawing her lips with a make up pen or has she had some work done ? 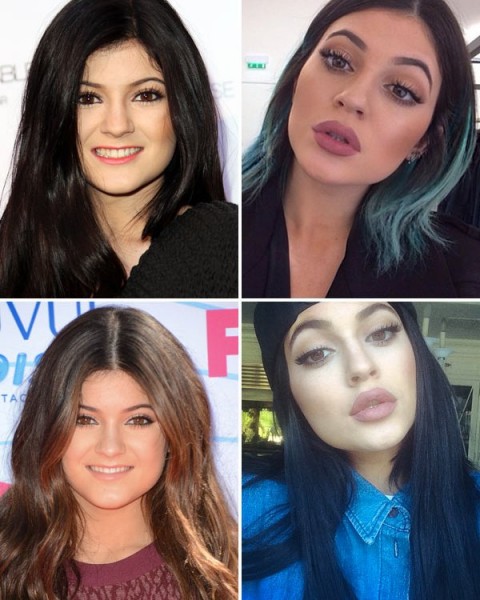 Pattycakez Staff
← Previous Story Got EMMMM ! IG is flooded with Memes after Plies gets Body Slammed Off of the Stage….
Next Story → Crazy White Dude Gets Attack After Sitting In A Snake Pit With Giant Anaconda Snakes!