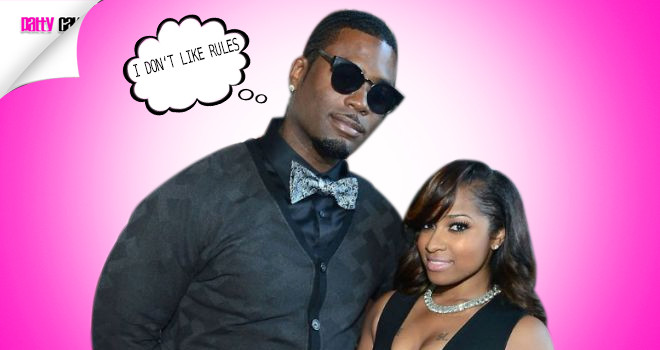 So, I first thought,  “love will make you do some crazy shit! ” Then I  thought,  “nah, I don’t think love is the culprit, perhaps lust, or maybe fear or- I don’t know, but not love”.

I’m trying to understand the logic behind the revealed lifestyle decision of the marriage of Toya Wright and Memphitz. So, it looks like the two have been battling marriage woes for a while now and they are going to be featured on a new reality series called Untying the Knot, where they will be discussing some of these issues, including infidelity,  which brings us to the issue at hand. Beautiful, seemingly intelligent and successful mother,  Toya Wright, reportedly gives her husband of four years eight hallpasses per year to cheat without consequences.

But, I don’t understand, what you mean?  Why is that ok? You mean, I’m knowingly telling you to dog me?

That doesn’t sound right. I think we heard wrong.  I guess we shall see on the premiere of Untying the Knot,  because Im certain we misunderstood.

Help me out, ladies,  and gentlemen,  do you think she’s onto something or if it is indeed true, was that a bad move all around?