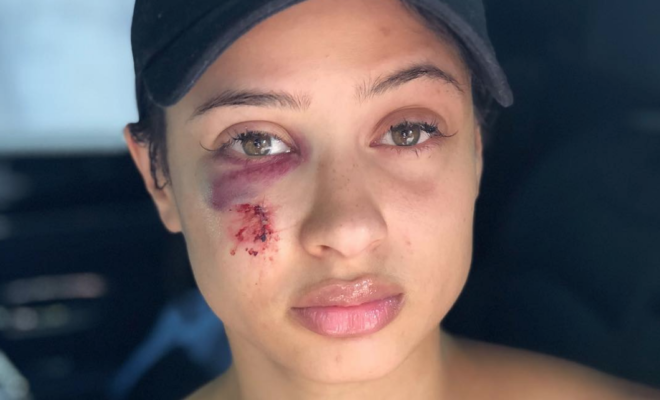 The Game Calls Out Tori Brixx Over Disturbing Attack Pic: “Rich The Kid You Been Set Up Blood “

Legendary West Coast rapper The Game doesn’t believe Tori Brixx suffered real injuries from a publicized Rich The Kid home invasion in California. In fact The Los Angeles native shared his theory on the headline-generating situation implying that Tori might have been in on the assault.

According to the report, several men entered the home brandishing guns. They allegedly “beat” Roger and escaped “with a significant amount of cash and jewelry.” Police were reportedly called after the incident took place. Reports that the Los Angeles Police Department is “investigating a home invasion robbery,” but havent produced any suspects or arrest.