For all you 90s babies out there, I’m sure you remember the epic blockbuster “Jurassic Park” well they’re back at it again with another installment to the series, “Jurassic World”..

Steven Spielberg returns to executive produce the long-awaited next installment of his groundbreaking Jurassic Park series, Jurassic World. Colin Trevorrow directs the epic action-adventure based on the novel “Jurassic Park” by Michael Crichton. Frank Marshall and Patrick Crowley join the team as producers.

Jurassic World will be released in 3D by Universal Pictures on June 12, 2015. 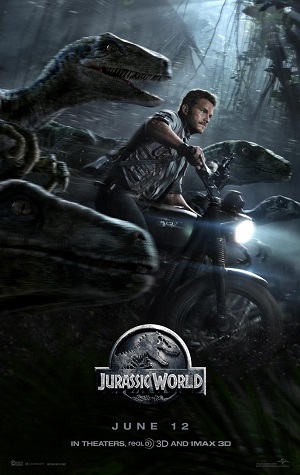