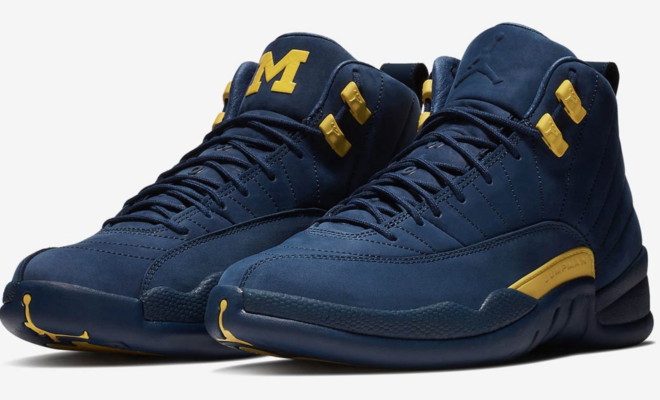 Navy blue and maize is arguably one of the most iconic color ways of all time in collegiate sports. Tout as University of Michigan’s  combination the Jordan Brand provides the of the Wolverines their uniform , and they’re paying homage to the school montra with a special-edition “Michigan” Jordan 12. 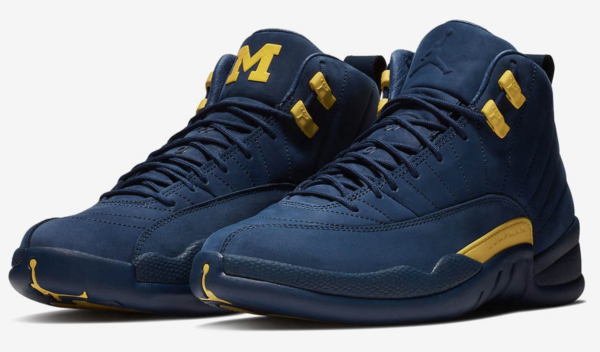 Not to be confused with the  special-edition “Michigan” PSNY Jordan 12 that surfaced  on the web a few weeks ago, the two shoes are not the same, as this is a  general release version  which does not offer the deep upper ridges and maize yellow sockliner/heel tab that the PSNY pair offered.