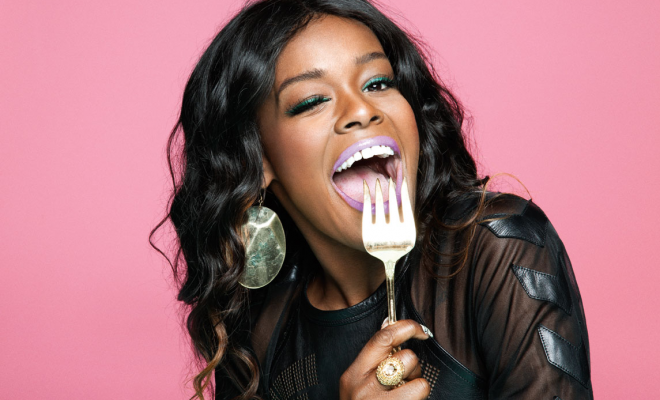 The internet went in a freezy today over T.I.’s fiery response to Azealia Banks sly remarks about the Atlanta rappers newest song “No Mediocre”.She tweeted,”You want no mediocre…but have you seen your wife?” the tweet has been deleted since then but not before The Troubleman unleashed a rapid barrage of insults at the Harlem based female MC earlier today that included remarks about her appearance and a low key threat. This is far from the first time that his wife , Tameka Harris, appearance has been attacked by figures in the hip hop community. At this point it’s fair to say that T.I. Is at his tipping point. I’m interested to see what “Tiny” has to say in his defense. 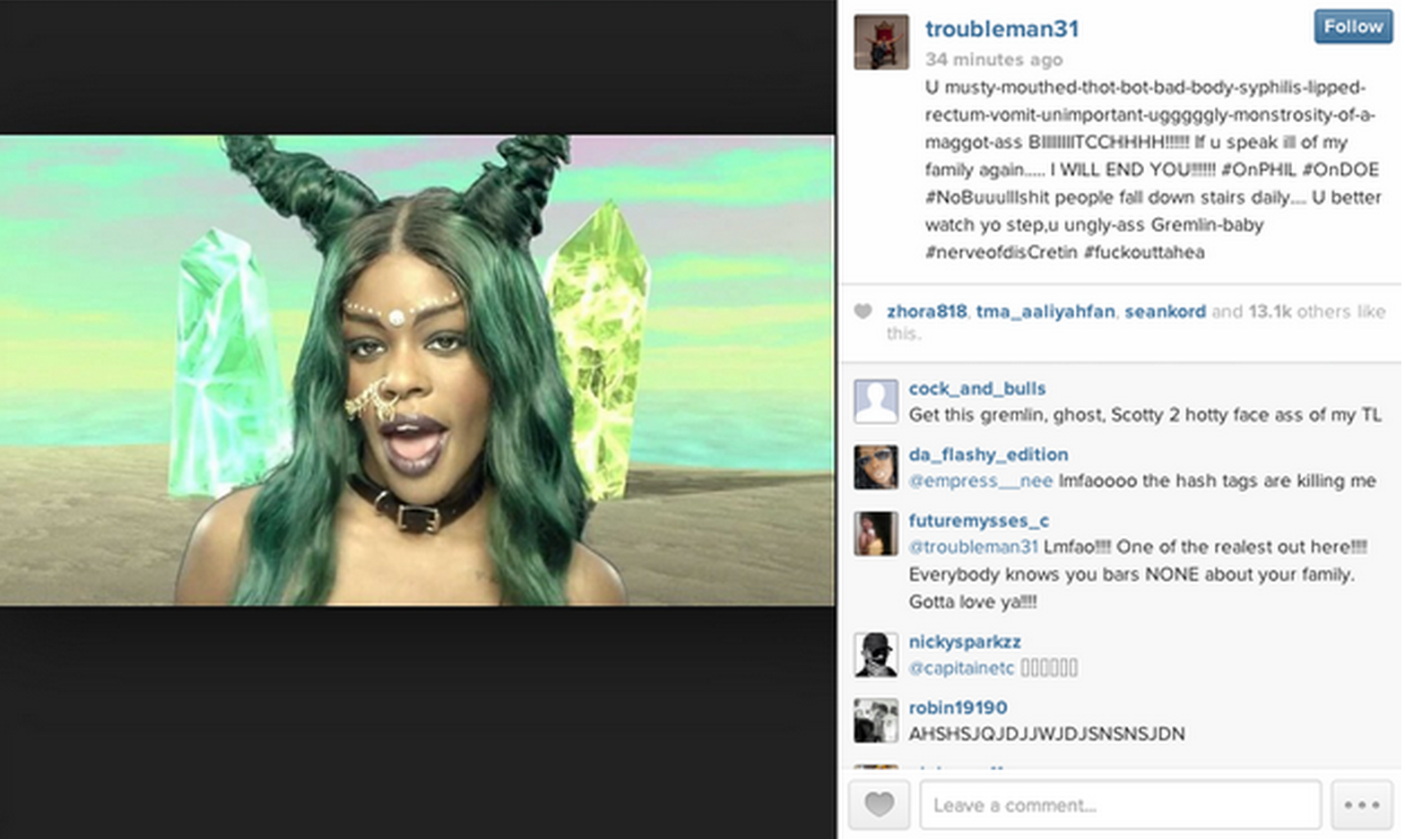 In midst of calling her a “musty mouthed thot bot bad body syphilis lipped rectum vomit unimportant ugly monstrosity of a maggot-ass bitch,” he also stated “If you ever speak ill of my family again… I will end you.” He then noted that “people fall down stairs daily” and advised her to watch her step.

Azealia fired a few more shots on her timeline about the rapper TI. 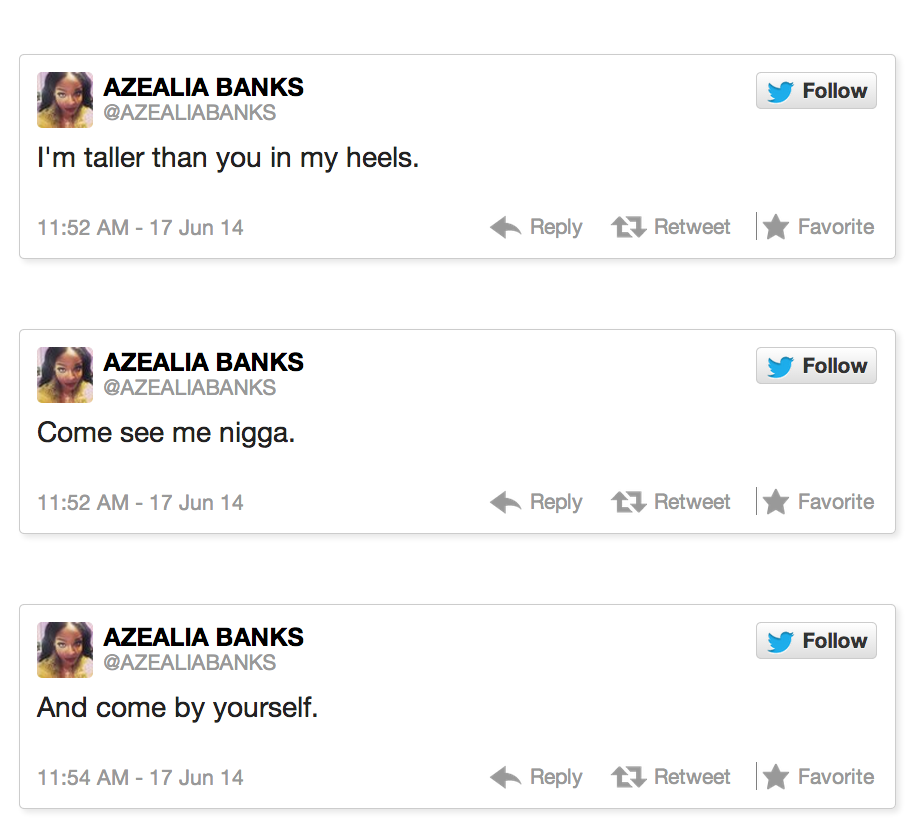