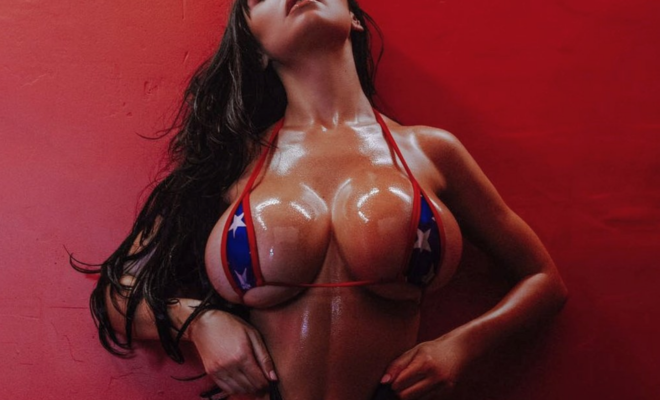 The One | Model and Pattygurl Iryna Ivanova Flirts With A ‘Shy’ Justin Bieber, Posing Nude For For Pattycakez And Her Huge 30e Boobs

Say hello to Iryna Ivanova 30-year-old Pattygurl jiggles her 30E fun bags in a tiny gold bikini while galloping on a horse in DJ Khaled’s summer hit, I’m The One 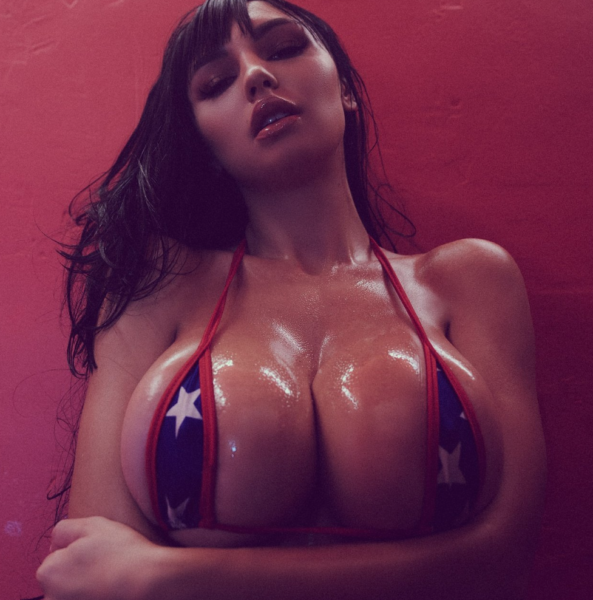 But early bouts with life for Iryna – wasn’t always peachy.  Growing up between Barcelona and Los Angeles – she  hasn’t always been Miami pool parties and hanging out with Justin Bieber.

She was born in Voronezh, Russia, and grew up in the small port town of Feodosia, Ukraine, during the fall of the Soviet Union.

Her family was extremely poor and often struggled to secure meals for dinner. 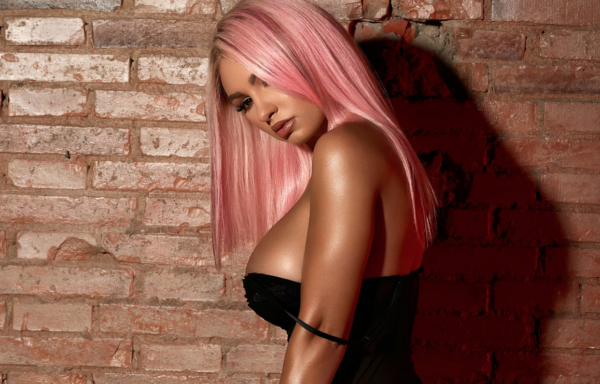 “I pretty much grew up with no electricity, no running water… my family lost all of their money. My mum worked but didn’t getting paid for months,” she told The Sun Online.

“We ate a lot of bread. We had no hot water and it was very cold. When people say, ‘my life is harsh’, I don’t believe them. I have experienced how hard it can really be.”

Determined to to get a second chance, Iryna and her mom moved to Tuscon, Arizona, when she was at the tender of 15. 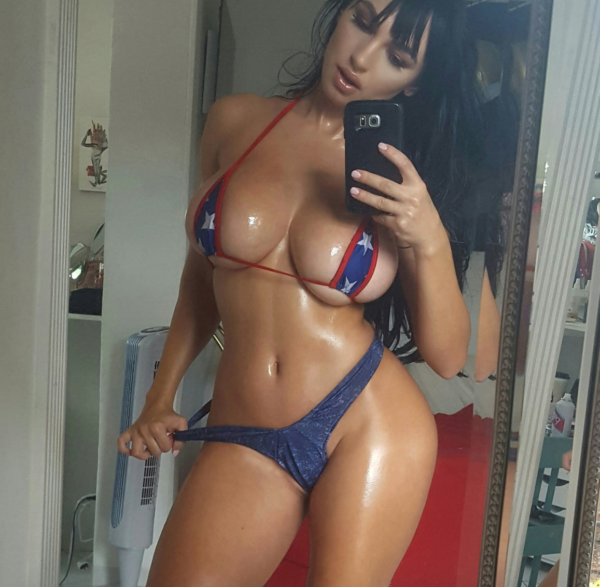 Trying her hand at modeling after turning 18, it was her breast that got the most attention from men online and she receives hundreds of lusting messages a day.

“I receive quite a few messages, from ‘let’s get married’ to d**k pics,” she joked.

“I just laugh. I’ve seen so many different varieties, sizes and colours… I just don’t care anymore. I’ve seen it all.”

Iryna, who is currently single, would love to pose nude for Playboy again. 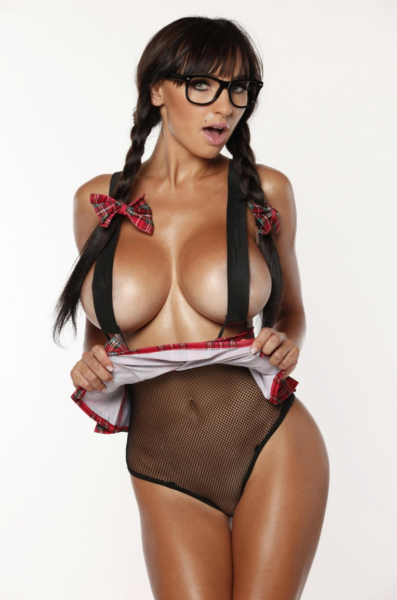 “I really enjoyed doing it but I wasn’t in the best shape of my life,” she said.

“I am now and I wish I could redo it. I knew what Playboy was all about; I knew it was going to be nude and I was totally fine with that. I just wish I was in a solid muscle shape.

“I was younger then but I think I look a lot better now.” 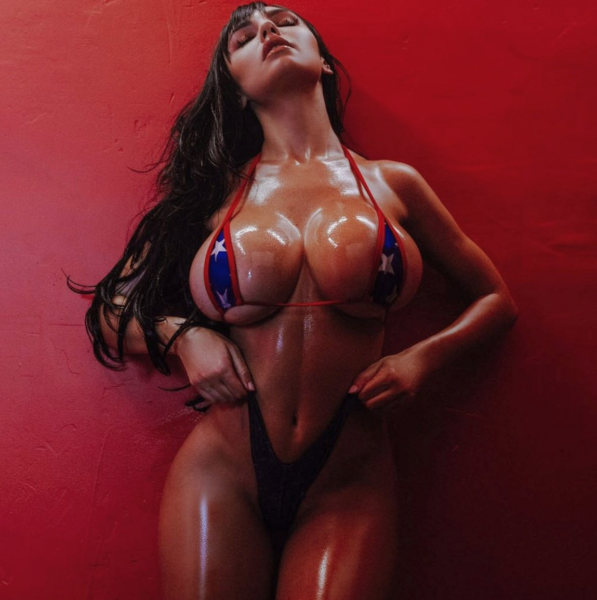 “He was intimidating. I met him a couple of times but I didn’t talk to him much. I’m so grateful that he put me in the magazine,” she said.

“But there was absolutely no kissing or sex – he has his girlfriends.”

Iryna went on to set up her Instagram page, which now has 2.7million followers, and quickly became known as the “Queen of the Underboob” thanks to her sultry shots. 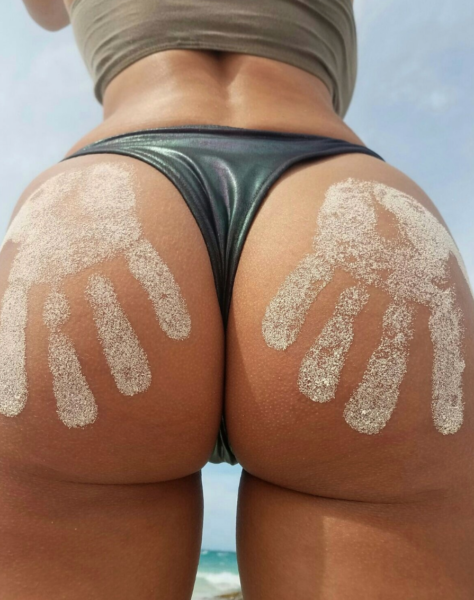 DJ Khaled took a liking to her profile and asked her to star in his music video, alongside Justin Bieber, Quavo, Chance the Rapper and Lil Wayne.

“I’ve never been part of a music video that was so high profile. It was terrifying,” she said.

“There was a bunch of hot girls from LA on set who do this kind of thing often. For me, it was like, ‘Woah, what is was happening?!’

“Everyone was super professional. 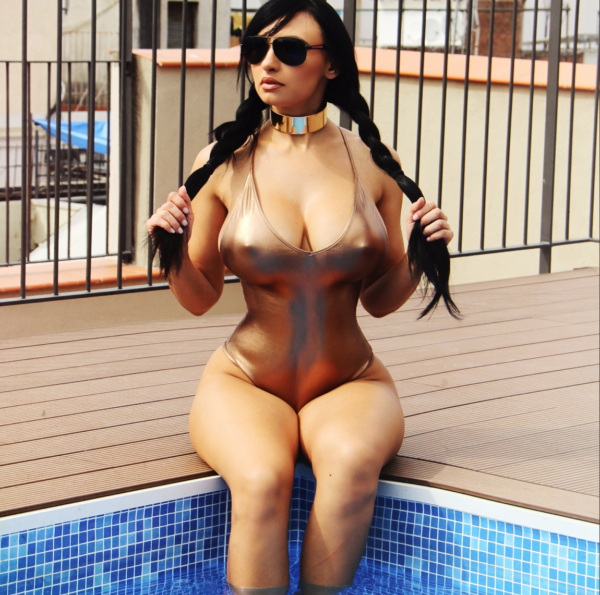 How was the set?

It was the most amazing set – a beach house in Malibu. It was a very strict schedule and everyone was great.”

Iryna said Bieber kept to himself. “He was either shooting his part or just hanging out with his friends,” she said. 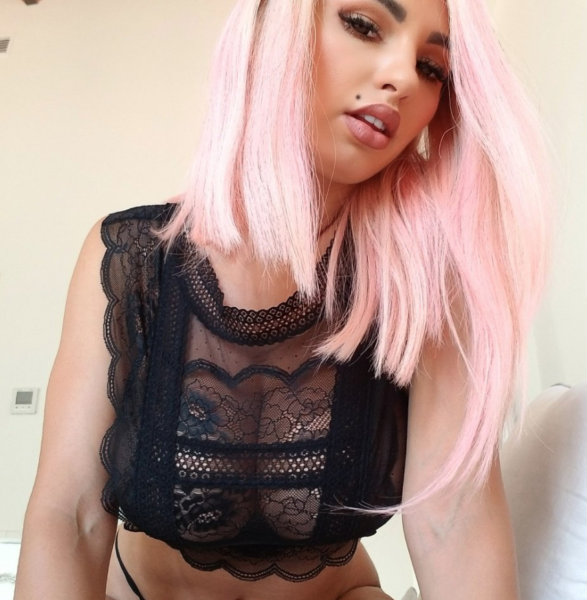 When asked About legendary Dj Khaled she had this to say.

“He was very respectful, not flirting, very, in my opinion, shy. They were all very professional. Especially as I’ve never seen so many hot girls in bikinis together.”

The glam video opens with Iryna bouncing in on a stallion as the camera pans to her chest.

Of her boobs, she said: “I’ve had them done but they look and feel really, really natural. I went from a 30D to about a 30E.

“They’re not hard. They feel very soft. I’ve touched a lot of boobs, and mine are pretty soft. I think they look so natural because I had so much skin already.” 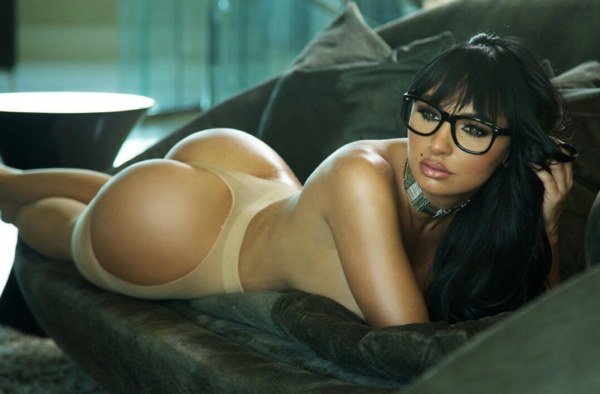