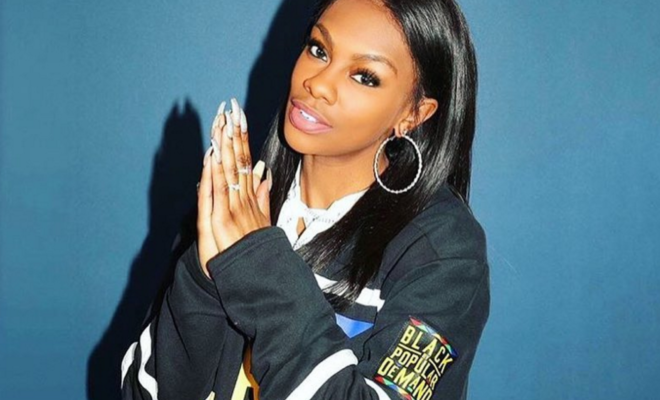 The Internet Weighed In Jess Hilarious’ Nude Photoshoot With Her Son

Comedian and Instagram personality Jess Hilarious decided to participate in the celebrity trend that Beyonce and other have been doing where they pose nude for a series of natural family portraits.

While Queen Bey broke the Internet and got everyone rejoicing much to no surprise, Jess Hilarious’ takes a step in the same direction with her recent photoshoot however the photos has everyone talking for a much different reasons.

For the photoshoot, Jess Hilarious and her 4 year old son are sporting matching Jordans and not much else, stirring up the debate regarding whether or not the comedian’s pose with her son was inappropriate or not.

One of the most controversial reactions came from fellow comedian Corey Holcomb, who took to Twitter to ruthlessly dig into Jess Hilarious, saying, “This is a part of what’s wrong with black America! These whores want their sons to be b****es. F***ing disgusting.”

Naturally, his uncensored reaction sparked even more of a heated debate, with many leaving his mentions in shambles and offering their own point of view.

Take a look at some reactions to Jess Hilarious’ nude photoshoot with her child in the posts below.

Corey Holcomb had this to say

This is a part of what's wrong with black America! These whores want their sons to be bitches. Fucking disgusting 💩 pic.twitter.com/lSOlawWr58

She Responded To Corey With This