Meet the steel worker who is forging a model career with her 50 INCH butthttp://www.barcroft.tv/steel-worker-forging-career-model-after-surgery-butt-detroit---Barcroft TV bring you a new short film every weekday featuring animals, amazing real life stories and inspirational lives!---#BunsOfSteel #BarcroftTV

Meet Patricia Washington,  the Steel worker who is forging a model career with her 50 INCH enhanced butt !!!

31 year old Patricia Washington, the self proclaimed Superwoman, is the only female employed at the steel mill where she works four days a week, 16-hour per day. The curvaceous women wants to leave her impoverished city of Detroit  to forge herself as a full-time international urban model career. 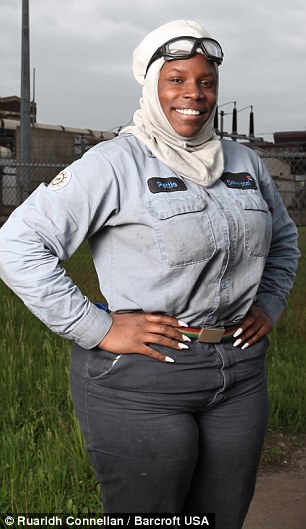 ‘I don’t want to be 45 and look up and say: “Wow, I spent all my life here and I haven’t done anything. I haven’t traveled. I haven’t experienced the world. I haven’t met different people,”‘ she told Barcroft TV. ‘I see myself being on TV screens. I really really do.’

Patricia explained that she undergone surgery for a Brazilian butt-lift, in which her derriere will get enlarged from the process of  fat being transferred from her stomach, back, arms and inner thighs, purified and injected into her Cakez. It was this very procedure, that gave Patricia the following measurements of a whopping 38-28-50 which helped Patricia become noticed at a club, landing the female steel worker her first big break.

‘Some pictures were posted on Instagram and the next morning my followers tripled,’ she said. Patricia was then contacted by a photographer who liked her look and invited her to Miami where she shot her first photo shoot.

According to Patricia, after being noticed and her photo was taken her  social media following nearly tripled over night. She  now has 166,000 Instagram followers, and he images have been published in some of the world’s top top urban magazines’,  she has received offers to do shoots all around the world, including South Africa and Hong Kong. 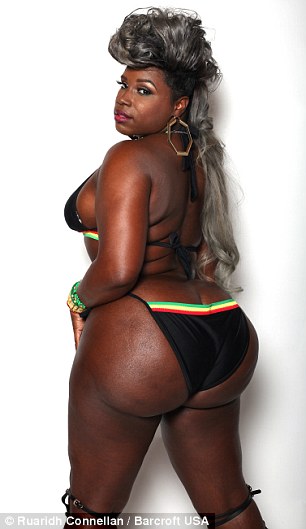