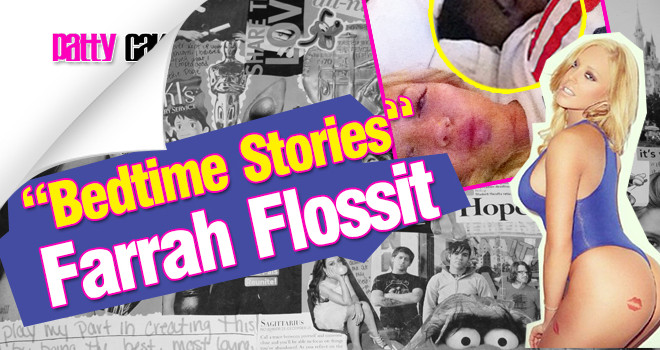 James Harden appears to not be affected in the least bit after a devastating upset to the Warriors last week in the NBA finals. Recently Harden was allegedly photographed sleeping in with urban model Farrah Flossit who blasted the photo of the two on them in bed on her instagram.

The photo suggest that  James Harden is asleep in the picture and unaware that he is indeed being photographed Flossit uploaded the photo to her instagram yesterday, with the captioned “#Lilsleepytime” and tagged the Harden in the post. Since the photo inception many fans took the time to rant under the comment section surprisingly many were unpleased with Hardens behavior.

But to give Farrah some credit she been blasting celebrities if you remember  last year when we reported when she posted “Love and Hip Hop Hollywood” Mally Mall number on the internet!

Pattycakez Staff
← Previous Story Happy Anniversary! Ne-yo Takes His Curvaceous Bikini-clad Girlfriend Crystal Renay To Hawaii For Their One Year Anniversary !!!!
Next Story → Amber Rose Interviews about upcoming book “How To Be A Bad Bitch”