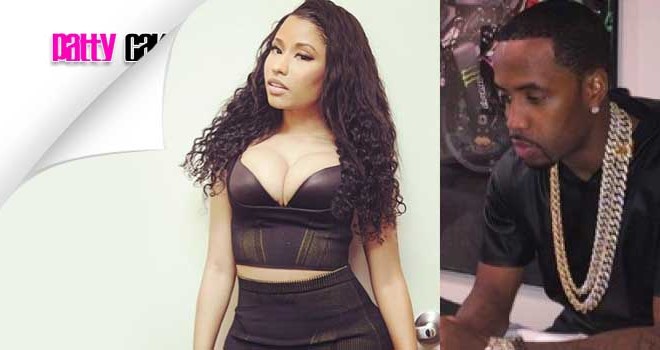 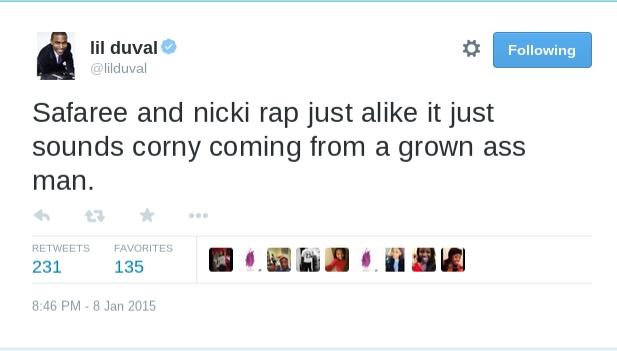 While Nicki and SB have seemingly moved on to their respective new boos it didn’t stop shots from being fired.
Apparently post break up Safaree Samuels has decided to actively pursue his rapping career. While some may see that as the move for Nicki’s ex hype man, comedian Lil Duval making it known that he wasn’t feeling the idea.

He tweeted that SB’s sound resembled closely to Nicki’s but didn’t work because he was a dude.
To add pain to insult, Nicki chimed in stating that she’d been shielding his feelings for years as far as his music.

Whoa! This is getting extremely messy. 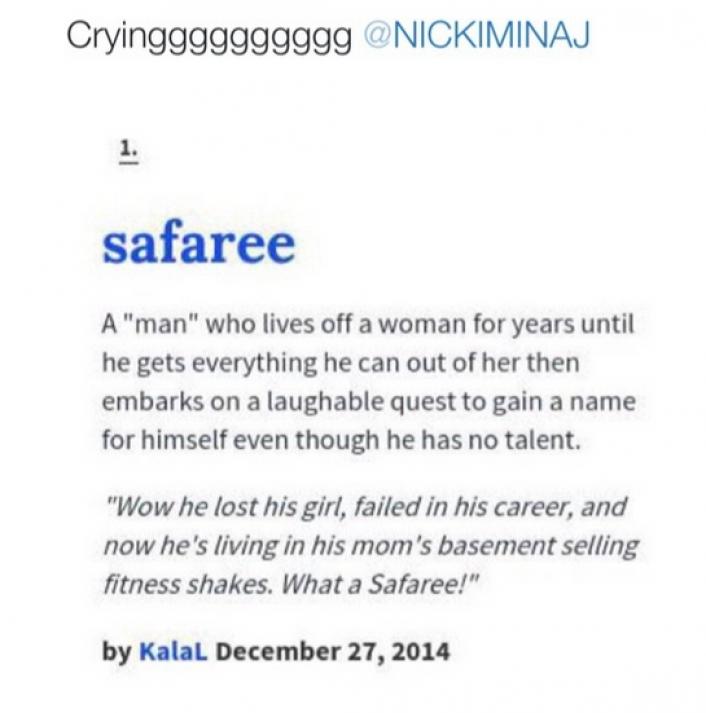 Pattycakez Staff
← Previous Story Celebrity Look A Like: Robert Ri’chard Totally Looks Like Neal McDonough …
Next Story → Two is better than One: IS BEYONCE PREGNANT WITH A Second BABY?