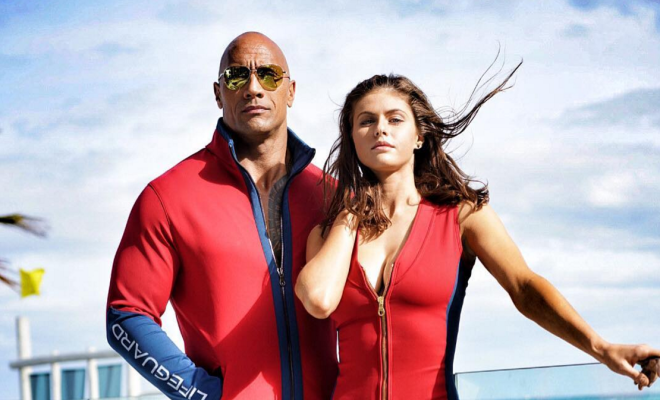 ‘BAYWATCH’ MOVIE LOOKS PROMISING NEW PHOTOS LEAK AND WE LIKE WHAT WE SEE !!!

‘BAYWATCH’ MOVIE LOOKS PROMISING NEW PHOTOS LEAK AND WE LIKE WHAT WE SEE !!!

Although The “Baywatch” movie won’t be entering theaters summer 2017, however thanks to one of the film’s stars, Dwayne “The Rock” Johnson , we are getting to see some of the lovely ladies from the film in their “Baywatch” attire, with more to come hopefully.

While the girls will probably argue whose abs are better The Rock or Zac Efron both star will share a spotlight, earlier this week Rock decided to post a photo of him with Alexandra Daddario looking amazing.

Kelly Rohrbach will be replacing Pamela Anderson in the iconic role of CJ Parker, and Rock shared that photo below as well on his Instagram:

“Baywatch” is going to have a hot villain, and it’s going to be Priyanka Chopra:

Rohrbach for posting this important photo:

“Baywatch” the movie will be released next summer.