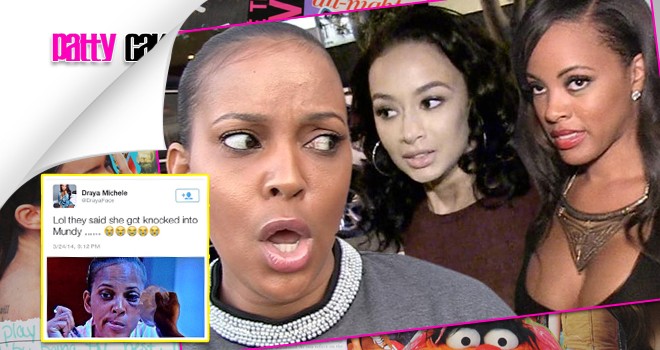 Viewers of “Basketball Wives LA”  remember the huge feud of last season being between Sundy Carter and Draya Michelle .

For those of you who don’t remember the two had a physical altercations during the last season, and it resulted in Sundy receiving a black eye.

“Basketball Wives: LA” star Sundy Carter has filed a police report claiming co-stars Draya Michele and Malaysia Pargo violently assaulted her and caused permanent eye damage, but she may have royally screwed up the case.

It happened during a Season 3 episode back in July 2013. Draya allegedly started the fight by calling Sundy “ratchet.” Sundy claims Draya punched her and Malaysia hit her in the eye socket.

So here’s the problem. Sundy filed the police report Wednesday night — nearly 2 years after the incident, and the statute of limitations is 1 year.

Pattycakez Staff
← Previous Story TweetLikeDameDash: Pure Comedy Black Instagram Is Having A Ball With Dame Dash Inspired Memes!
Next Story → Plies Gets body slammed off stage during A show in Tallahassee !!! Full Video