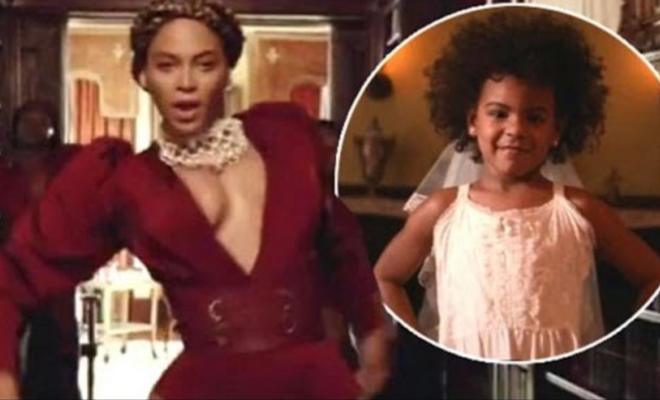 It was a promising Saturday night; I was chilling in the company of a very lovely gentleman when I received the call that would forever change my life.

My sister rang and told me, “Girl, Beyonce’s new song just played on the radio and she talking mad crap!”

New song? I had to regroup.

The Queen has developed a knack for dropping bombs on us without warning. Who told her this was ok?

So, of course, I went to social media to express my excitement and celebrate the amazing Beyonce, but as soon as I opened Facebook, I was met with more hate and criticism for her accomplishment than I was with love.

There was everything from the criticism about Blue Ivy making a cameo in the video all the way to the “blatant shows of Satanism”.

Sifting through the hate, I made it my business to show my love and support for Beyonce, as should each and every other black person on this planet.

Don’t worry, I already know every anti- Beyonce person on the planet disagrees with that, but here’s the real reason why:

She’s black, and so are you.

Hate her music, who cares, one of the biggest stars on the planet just happens to be a black person, she inspires people of all ages and what has she done to you?

Seriously, what has she done to you?

So here is my letter to you:

It’s plain and simple, get in formation. By formation, I mean position to be great and be proud about it. Here we are in the middle of black history month, (not to mention a black woman, although that is questionable, just suggested we get rid of it) and the most influential star of our time is a black woman – a thoroughbred black woman and she releases a track celebrating her blackness, and we (not all of us) found a way to find a problem in it.

Please enlighten me why?

I am not saying you need to become an active, dues paying member of the Beyhive, but what I am saying is look around. It’s open season on Black America. I am not only speaking of physically, but also emotionally, and more important, spiritually.

If you can penetrate the spirit of an individual, everything else is lightweight. So why pour this poison into another one of our own and contribute to a spiritual demise.

In case you haven’t seen the reports in the media since, I don’t know forever, there are many others, many, many others that are already attempting to tear us down, don’t contribute to that foolishness.

So, circling back to the problem about Beyonce’s latest release, “Formation”, and the cameo of her daughter – first, examine yourself, now, please explain to me why this is even an issue? I can’t seem to find one yet.

The “satanic nature” of the video. This baffles me most. My only comment is don’t lose your soul worried about who’s safeguarding Beyonce’s. That is all.

Back to the important matter at hand – the message. While clearly on a surface level, a lot of fans took Beyonce’s unexpected tune as another sassy anthem with a lot of catchy quotes to go as captions under our latest snatched Instagram pic.

Oh, and indeed I did that, but I also understand there’s more.

The same individuals understood that she was, in her own way, using her influences to highlight the issues in the world that are rising up against Black Americans.

Many are quick to say, “Beyoncé never stood up against –” or “Beyoncé didn’t help “, but simply because support or protest isn’t delivered in your expected form does not negate it for what it is. Also, how do you know what she does or doesn’t do?

It seems the world has life a bit twisted. Since when do you openly praising your “input” whatever form you do so, serve as validation that you are “involved”? Genuine efforts generally move in silence.

My question to those individuals – what are you doing to make a difference? Whatever your answer may be, good keep doing that, and in fact do more. If there are crickets, it’s plain and simple, do something.

Your something may differ from the next and it may be on a smaller scale, which is perfectly ok, and definitely encouraged.

In fact, while there were many Black Americans working against our sister, did you know you were in the company of others who looks nothing like you? Many of them at one point worshipped the ground that Beyoncé walks on, but as soon as she shook up the norm, she became viewed as no better than the dirt beneath their feet.

Take a second and pan over to the NFL protest, the many hate posts that are running rapidly across social media, and the latest, Tomi Lahren, the Anchor who I don’t have enough words or the time to address her. However, Charlamange tha God did a great job.

I will never promote segregation of any sort, and definitely not hate. Our pro-black does not mean anti-white. It simply means we love who we are and will celebrate it, gloriously.

I will strongly advocate for unity. There’s been plenty of trending hash tags all over the Internet supporting the greatness of black America, our women especially, and Beyoncé is rightfully in the mix along with Shonda Rhimes, Gabby Douglas and the latest graduate of Spelman who achieved all her goals.

Our people are beautiful, innovative and we are thriving, and always have been. We deserve to be celebrated, but we can’t look to anyone else for that acknowledgement, especially if we can’t do it for ourselves.

So, black people, cut it out, stop bashing Beyoncé and any other Black American that is attempting to rise and be heard. Get in formation, and slay or be eliminated, and by formation I mean position. Get in position to be great, and help your fellow sister or brother achieve their greatness.

Failure to do so could lead to the demise or elimination of our voice – a lost culture, buried under self- hate, jealously and sealed lips.

Do what you can to be helpful even if its simply words of encouragement.