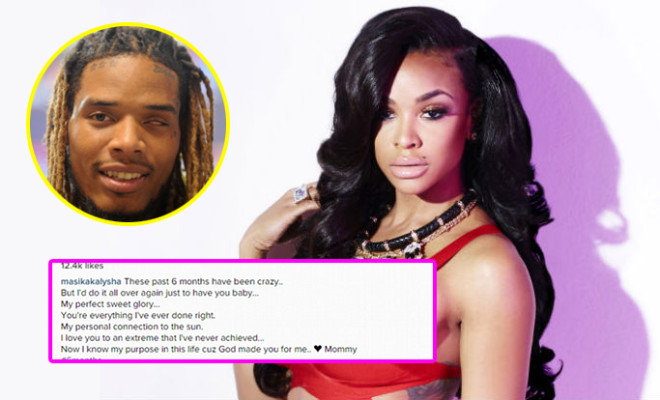 Masika Kalysha is expecting a baby with Fetty Wap, word is, he’s pissed! 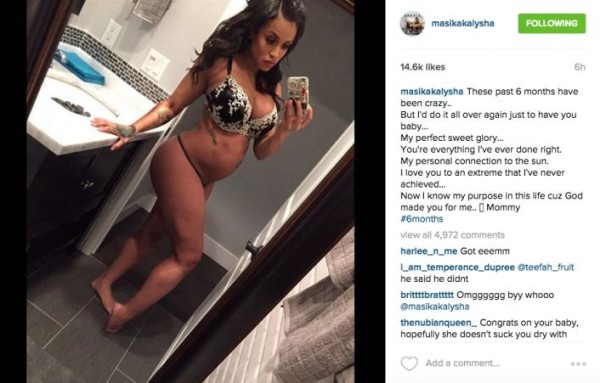 According to images from the Shade Room,  Masika threw a little shade on twitter,  threatening to spill some beans, but declined stating that she wouldn’t speak negatively now that she’s a mom to be.
Hmmm, interesting.
Perhaps we’ll here all the scoop when her alleged new tv series, Pregnant and Pumps  premieres.
Related Itemsalexis skyfetty wapLHHMasikaMasika Kalysha