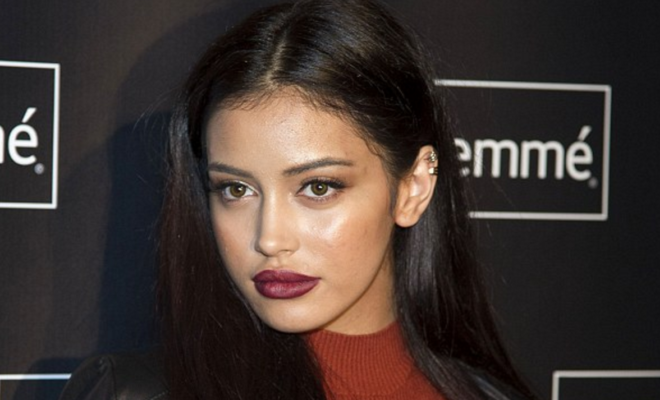 17 yr old Spanish Girl who was made famous when Justin Bieber posted her photo, She quits her $2-an-hour babysitting job to sign for model agency

The gorgeous student who first caught Justin Bieber’s eye on the instagram has now been signed  by the top Spanish modelling agency.

The Canadian superstar made 17 year old Cindy Kimberly, famous after re-posting a picture of her on his Instagram account in December and asking: ‘OMG who is this!’ and after looking at this bombshell we’re asking the same thing.

She has since been unveiled as a Dutch-born student now living in the Costa Blanca resort of Denia who made pocket money by babysitting for $2.00 an hour. Overnight sesation: Cindy Kimberly has been signed by a modelling agency after being ‘discovered’ on Instagram by none other than Justin Bieber Bieber gave Cindy Kimberly her fame after posting this picture to his 47.5million Instagram followers, saying: ‘OMG who is this!’

Today news surfaced she has been snapped up by Uno Models, which has offices in Barcelona and Madrid.

The prestigious agency posted a picture of the stunning teenager on its website along the message: ‘Cindy Kimberly, now with Uno.’