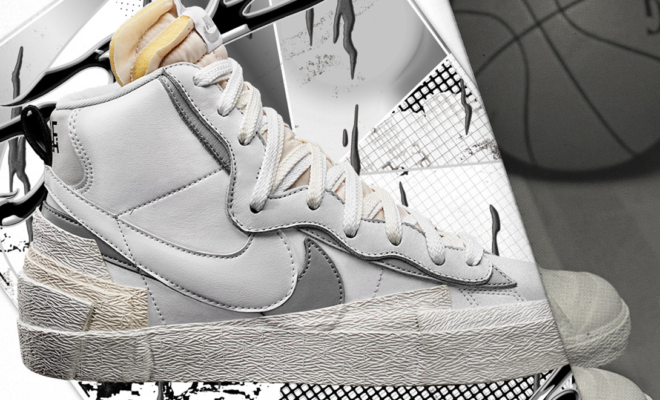 It goes without question that Sacai x Nike, have created some of the most iconic moments throughout the history of the entire sneaker world but this most recent creation is on another level all together.

Chitose Abe vision to morph these classic silhouettes of her fittingly named LDWaffle and warped Blazer Mid into a rather unique frankenstein like creation.

Earlier colorways of the shoe were met with more vibrant iterations of the sneaks, but as the season changes to colder weather, the pallet has been way more simplistic with neutral greys being the shoes feature undertone : with lighter tone stitch of parts with a base of white leathers arriving accented by neutral greys; the next, which stands as a total opposite, prefers darker overlays and lighter touch-ups across the duplicate rubber elements along the midsole.

Also noted the pair will include, an additional fur appliques to be added and removed at your own leisure, for when the temperatures get a bit nippy in the near future. Sneak a peek at the pairs once more right here and expect to find them releasing — alongside the accompanying apparel — come September 19th at Nike SNKRS as well as a select batch of retailers. Updated September 16th, 2019: According to retailer, the sacai x Nike Blazer release has been postponed to October 10th. We’ll keep you posted.

Will you be getting a pair and in which color?