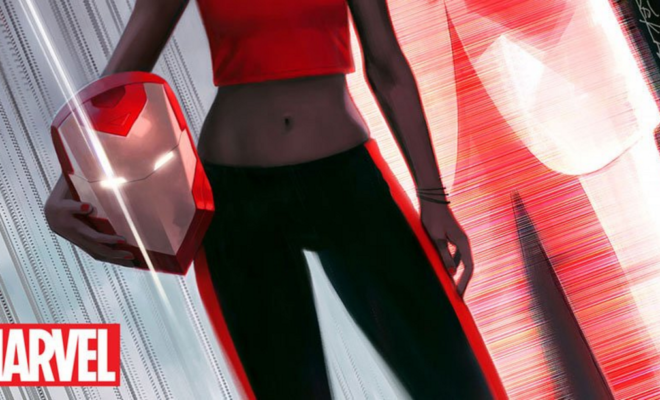 Comic giants Marvel” Released spoilers that the new Iron man will not actually be a man, but rather a  young African American woman. Marvel writer Brian Michael Bendis is revealing that Tony Starks is giving up his suit and a new character Riri Williams will take his place. Riri is an African American science genius who first receives the attention of Starks when she builds her own Iron Man suit at the age of 15. Bendis expressed, the character was inspired by a real 21st century woman who overcame a life coupled with violence and tragedy and instead went off to college and became a success. Bendis says he feels that is the most modern day version of a real superhero.

Bendis Told Time magazine “We’re in the middle of a very big Tony Stark storyline — actually three storylines converging,” writer Brian Michael Bendis told TIME. “His best friend died, his company is collapsing and he’s finding out who his biological parents were all at the same time. That’s stressful for a character who is wired the way Tony is wired and has dependency issues the way Tony does. It creates a path or Riri Williams, who Tony will know and will be interacting with very shortly in the comics.”

Bendis also told the magazine how Riri would incorporate herself into such a major storyline and huge franchise. While he did seem to confirm Iron Man is stepping down, he tossed in some hints as to whether or not the latest girl genius will keep the aforementioned superhero calling card.

Were stoked about the new story line we just hopes the screen adaptation doesn’t suck like the latest “Fantastic 4 movie” did with Michael B. Jordan