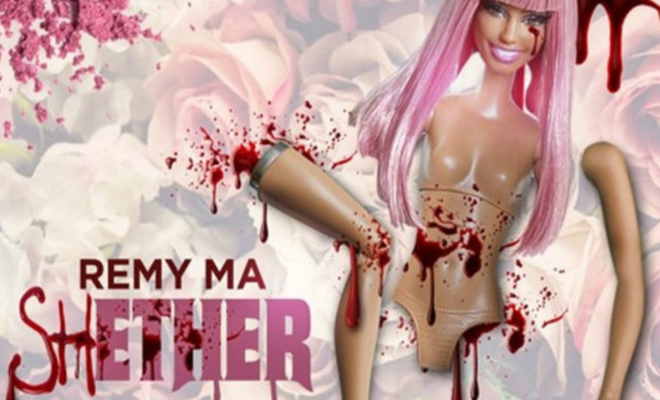 We are not going to just cruise through life acting as if one of the biggest rap beef are not unfolding right before out eyes. Remy Ma and Nicki Minaj or battling it out in these streets!

It all started with a verse from Nicki on Gucci Mane’s Make Love joint where she was dissing another unnamed emcee.

The old folks say, ‘a hit dog will holla!’ I guess Remy was that dog because she has been barking madly and she came out baring teeth.

While many have speculated that the verse was about rapping outlier, Azealia Banks, others have maintained differently including Remy, who released a 7 minute diss track attacking Nicki, and it was vicious!

“Talking ’bout bringing knives to a fight with guns / When the only shots you ever took was in your buns,” Remy Ma says on “Shether,” response to Minaj’s line about “trying to win a gunfight with a bunch of knives.”

To make it clear and ensure that there was no room for speculation, Remy paired the track with cover art that is unmistakably Nicki. It features a dismembered Barbie who has obviously met her demise.

Remy gets personal on the track, taking jabs at Nicki’s in affairs, calling her out on her romps, including accusing her of a fling with Trey Songz. He addressed the lyrics on Twitter, denying the claims. Obviously, his retort was not clear enough for Nicki. While she did not take quickly to responding to Remy, she did address Trigger, basically stating he could make it a little clearer that this accusation was furthest from the truth. 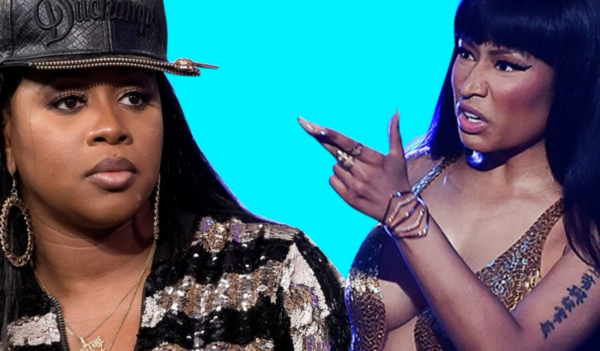 Remy spared no bars, even digging up the treacherous dirt of Nicki’s brother. I mean honestly, it was not buried, but it is treacherous. He is accused of raping 12-year-old and could face life in prison.

Remy targeted each line strategically and thoroughly, shutting down Nicki’s claims at numbers with a diabolical breakdown of her money flow.

“You see, silly rabbit / To be the queen of rap / You gotta sell / You gotta get plaques,” Remy Ma fired back, “Stop talking numbers / You signed a 360 deal through Young Money, through Cash Money, through Republic / Which means your money goes through five niggas before you touch it / Any videos, endorsements come out of your budget / Endorsements, tour and merchandise, they finger-fuck it / You make like 35 cents off of each ducket.”

Welp! I guess that’s that. Nicki, your turn