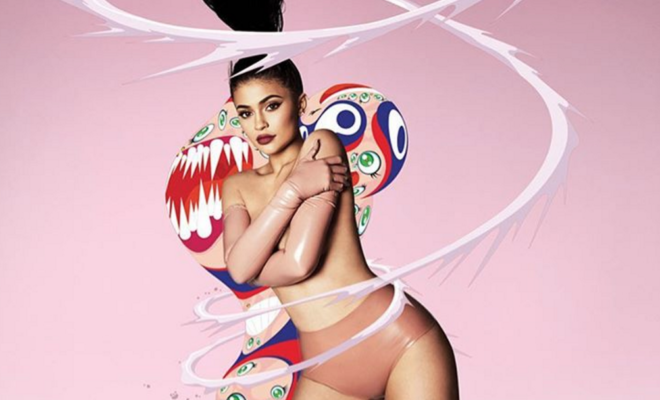 In this Murakami-inspired themed spread, Kylie Jenner opened up about being a social media starlet in a recent interview with Complex.

Complex magazine’s October/November issue, social-media’s favorite reality star unveiled so much in her most candid interview to date. The youngest cub of the Jenner clan expressed her reasoning behind getting lip injections at 17 years old, a decision that inspired a great deal of media attention and some ill-adv #KylieJennerLipChallenge.

“It has been an insecurity of mine all my life,” Jenner said about her natural lips. “This guy I kissed was like, ‘Your lips are really small but you’re a really good kisser. I didn’t think you were gonna be good at kissing.”

“It was so rude,” Jenner added. “From then on, I just felt like I saw guys staring at my lips. I felt like no one wanted to kiss me.”

(Photo: Complex)
Jenner made the decision to undergo temporary lip injections, which she told Complex she overdid in the beginning

“When you first get them done, you’re like, ‘Oh, it could be a little bit bigger on that side.’ I’d go back and be like, ‘They went down’ and think they could be bigger. But I went too far. It was very painful.”

Pattycakez Staff
← Previous Story Nicki Minaj Graces The Cover Of Marie Claire | In Depth About Her Upcoming Projects And More
Next Story → Rihanna, Candice Swanepoel And More Bare It All For NSFW Photo Book