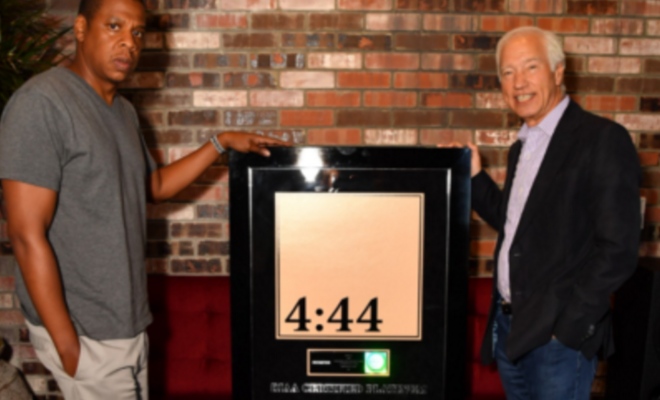 JAY-Z‘s latest studio project 4:44 was exclusively released on his streaming platform Tidal last Thursday night (June 29), and it was just announced that the LP has already been certified platinum on Wednesday, July 5, according to the Recording Industry Association of America.

Pictured above is Jay-z and RIAA Chairman and CEO Cary Sherman with the plaque for the album. “Props to JAY, he’s done it again!” said Sherman in a statement. “Another Platinum album adds to an already iconic career.” 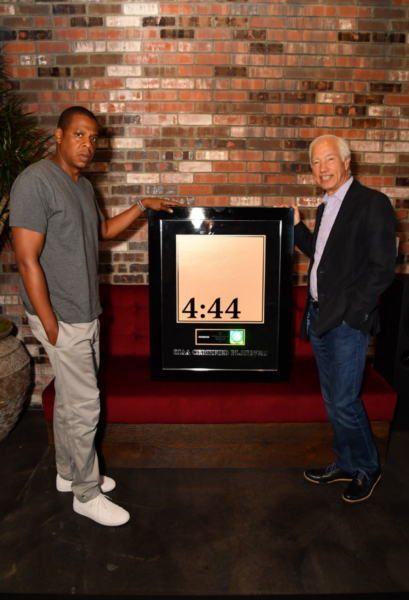 This is Jay-z 13th platinum album plaque, more than any other artist in RIAA history. He’s also the only rapper with 10 or more platinum albums to his name.

If you remember, something similar happened with Jay’s last album. Magna Carta Holy Grail was pre-delivered to a million Samsung customers back in 2013, and the RIAA actually changed the past rules to allow the album to be certified platinum the same day it was released.

The RIAA guidelines for gold and platinum certification: “Under the program’s rules, the artist needs to be compensated and there needs to be demonstrated consumer demand in the United States, either for an on-demand stream or a sale.

Single Sale counts toward a certification if purchased directly by the customer or a business can purchase the album or song and offer it to fans who must take affirmative steps to acquire the album or song. Fans participated, took action and downloaded JAY-Z’s album offered by SPRINT.” 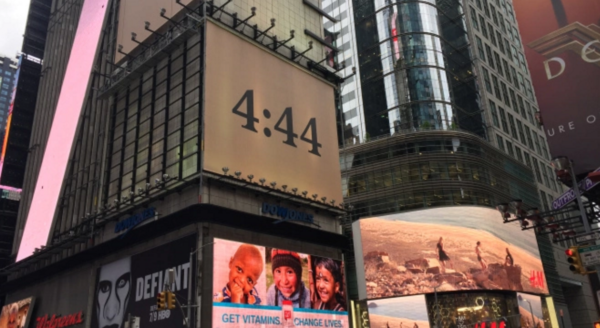 4:44 was released for pre-existing Tidal and Sprint customers. It’s since been made available for free download. The album is coming to iTunes and Apple Music this week, and physical copies (with three bonus tracks, including “Adnis”) are on the way as well.