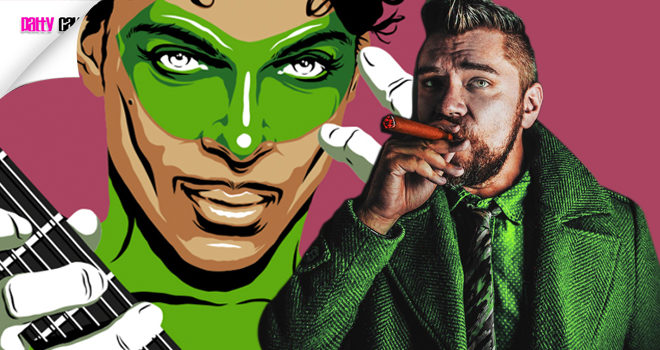 Artist Butcher Billy has followed up to his David Bowie tribute developing super heroes to resemble influential musicians in a heroic light.

“The series was a lot of fun for me to work on,” says Butcher Billy, “There are a lot of easter eggs for rock fans- for example, the Prince symbol in the Green Lantern ring. I grew up idolizing many of these guitarist, so it made sense for me to imagine them as actual superheroes.”

With mash ups like Johnny Cash and Batman, Keith Richards and Wolverine, and Prince and Green Lantern, the Brazilian illustrator creates eye catching art work that he features in his new Guitar Hero’s series, which makes the correlation between the most influential musicians of our time and their superpowered alter egos.

Check out all of the amazing mash-ups from Billy’s new series below, and buy them here.