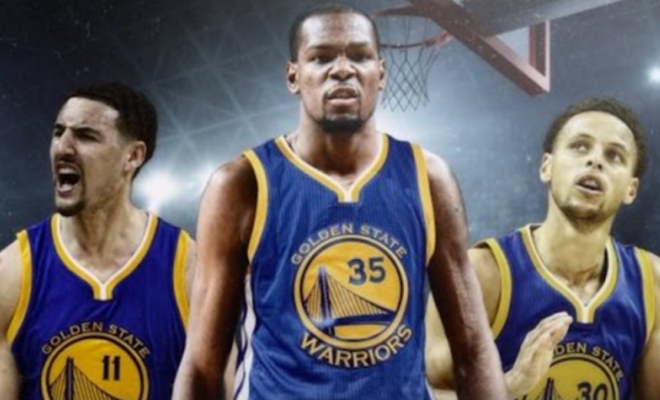 Kevin Durant is joining the Golden State Warriors say it ain’t so..Is this worst than when Lebron took his talents to South Beach

Saying he has experienced “by far the most challenging few weeks in my professional life,” Durant announced Monday his decision to leave the Oklahoma City Thunder in a post on The Players’ Tribune.
Durant taking the easy road? Not so fast
Kevin Durant may be joining a talented Warriors squad, but there’s risk involved in his decision, writes J.A. Adande.
Fans burn Durant’s jersey after he leaves OKC
Thunder fans didn’t take the news of Kevin Durant leaving Oklahoma City to join the Warriors too well.

Warriors the greatest team ever with Durant?
How much better are the Warriors with KD? Is this the greatest assemblage of talent in NBA history? And how long is Golden State’s title window? Kevin Pelton projects the NBA’s new superteam.
Durant is expected to sign a two-year, $54.3 million contract, sources told ESPN’s Marc Stein. The deal would include a player option after the first year.

“The primary mandate I had for myself in making this decision was to have it based on the potential for my growth as a player — as that has always steered me in the right direction,” Durant wrote. “But I am also at a point in my life where it is of equal importance to find an opportunity that encourages my evolution as a man: moving out of my comfort zone to a new city and community which offers the greatest potential for my contribution and personal growth. 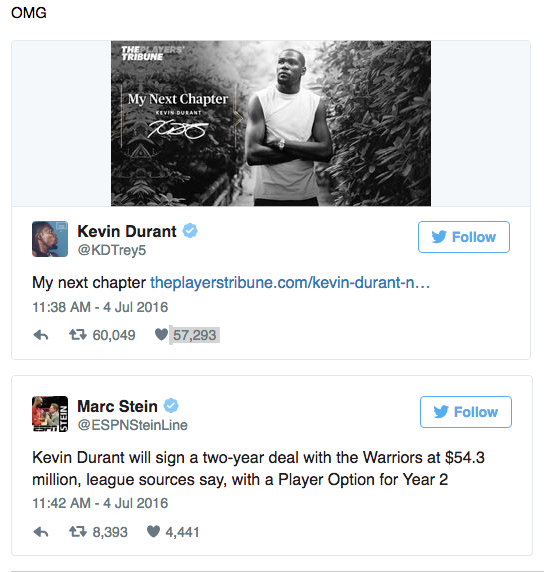 “With this in mind, I have decided that I am going to join the Golden State Warriors.”

After Durant signs with Golden State, two-time reigning MVP Stephen Curry will become the fourth-highest-paid player on the Warriors. Durant will be No. 1, followed by Klay Thompson ($16.6 million), Draymond Green ($15.3 million) and Curry ($12.1 million), who can become a free agent after next season.

Green told The Undefeated’s Marc J. Spears in a text message that he was ecstatic the Warriors were able to land Durant.

Pattycakez Staff
← Previous Story Get Her Some Water ? We Got the Run Down on Steph Curry’s Thirstiest Fan, Roni Rose !
Next Story → Tim Duncan Retires Calls Its Quits After 19 Seasons And Five Nba Titles