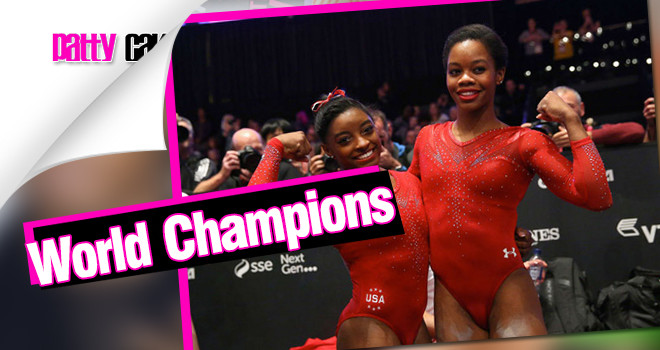 Female gymnasts Simone Biles and Gabrielle Douglas’ make history with their wins at the World Gymnastics Championships check out the details below…. 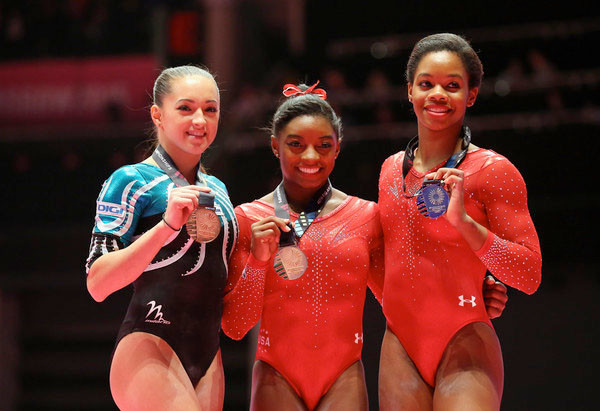 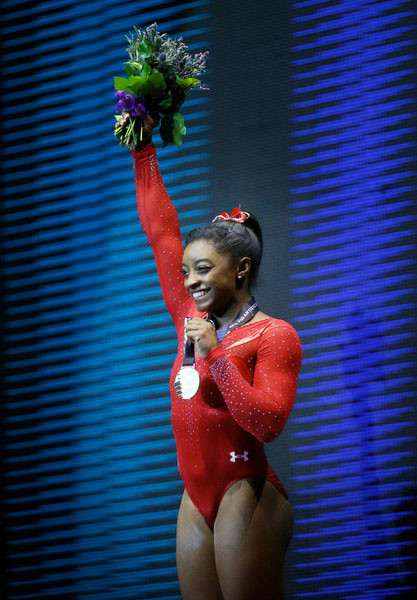 Simone blushed to the media after her win, “Everyone wanted the three-peat and I wanted it, so tonight I felt the pressure and it wasn’t my best meet.” She continued, “What surprises me is that it was a bad meet for me and to still come out on top with the largest margin of victory (of my three titles) was really crazy because I could have done so much better.” 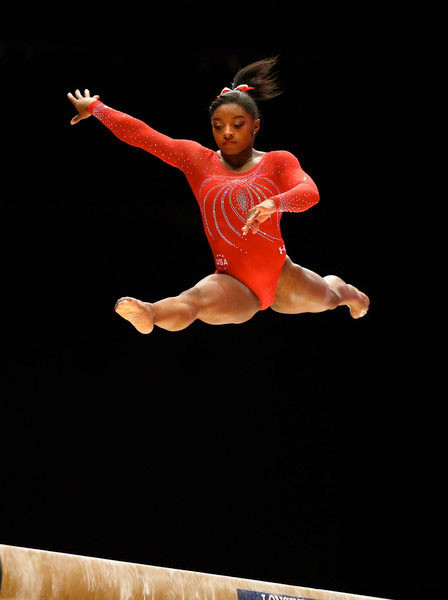 Just missing the gold by a hair but making getting silver medal was Olympic gold medalist Gabrielle Douglas, coming fresh off a 2-year hiatus . 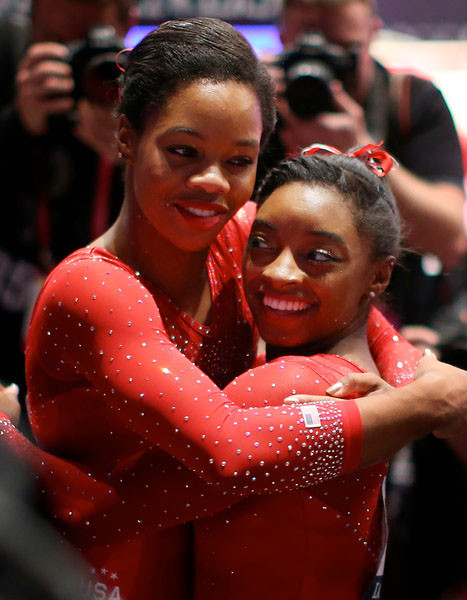 She trailed behind Simone by just a point …1.083 to be exact. In case you didn’t know, Gabby is known for becoming the first Olympic women’s all-around champion to medal at the World all-around competition since 1981. In Addition to being the first African-American to win the individual all-around event.

When asked about her comeback, she said, “I really wanted to prove everyone that my comeback was real. It wasn’t fake. It wasn’t for the fame.” 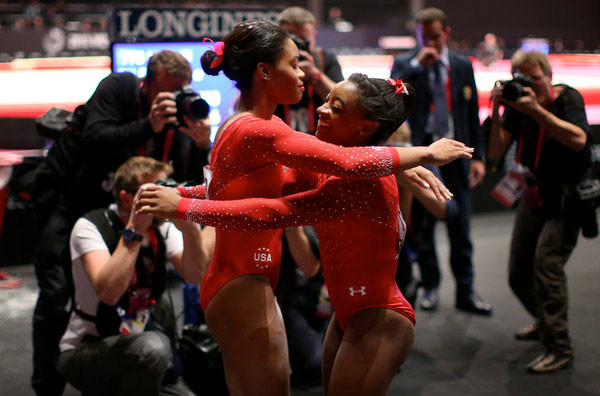 Check the some of their awesome floor and beam work along with their post-competition interviews below: