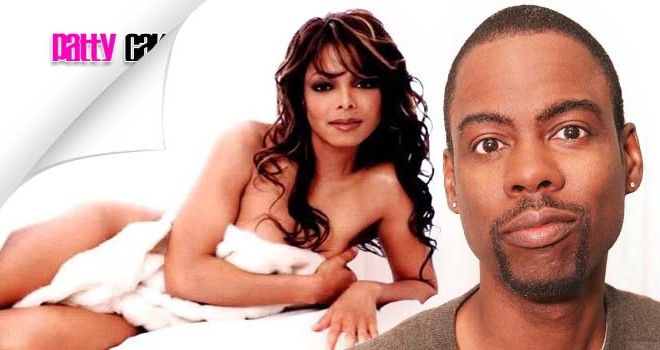 It seems that Janet Jackson hasn’t forgotten about those Super Bowl boob jokes…Chris Rock did in his stand up routine some time ago….

Chris Rock Reveals Janet Jackson still Hates Him for it

Are there any jokes envelope-pushing comedian Chris Rock wishes he could take back? Nope. Well, maybe just one.

Sitting down with PEOPLE for an interview in this week’s issue to discuss what he’s learned from a career of making people laugh, the comic

and star of the upcoming film Top Five, recalls one joke that does still sting.

“I remember when Janet Jackson [had that wardrobe malfunction] at the Super Bowl. I told a joke like ‘You can’t just whip out a 40-year-old t–!’ Now, anytime I see Janet Jackson to this day she looks at me like she’s ready to scratch my eyes out!”

As for making a few enemies, “It does suck sometimes,” says Rock. “If you had told me when I was a kid that Charlene from Diff’rent Strokes isn’t going to like me I would have thought you were crazy!”

But as they say, what’s done is done. “I had to do it,” Rock says with a sheepish smile and a shrug, “It’s my job. I can’t take the joke back, but man it would be nice for Janet Jackson to like me. God bless her, I wish her well.”