Women Studies: The D” Got You Sprung… 5 Signs That You Are Dickmatized!!!

So, there’s this new guy in your life. He’s charming, charismatic and always says the right things. He has a great job,  amazing credentials– basically, he’s well qualified. You two are really feeling each other, and it’s evident. In fact, it’s oozing from your pores as the two of you enjoy dinner by candlelight.
He looks across the table at you with his warm smile that could melt butter and says, “Baby, I’ve never wanted more, until I met you…” 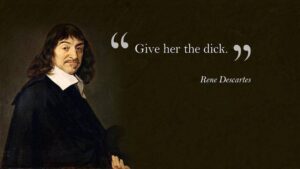 Wait, what? Yea, stop it right there, Christian Grey.

Ladies before you go and get all excited, ready to bust it open for him, do a self evaluation. It is in that where you will find your truth. Is he running game or not? How do I get the truth? Maybe he’s the one or perhaps he’s just read 50 shades of Grey and has peeped game.

I previously came across a potentially controversial piece that caught my eye and definitely held my attention. It was so captivating mainly because of the tone in which it was written, raw and unadulterated. The author was very blunt and came off as an expert in the area. So, what was the topic of such?

Women. And the author–oh it’s a man.
That’s right, it is a male and he spares no feelings when he goes in on what he believe is the root of women today mishandling the D and how they are actively contributing to the demise of a potential relationship by simple things.

With the many crazy relationships we see playing out on screen today in the numerous reality shows and even those within our circle of friends, we can’t help but wonder if any of these factors play a role in the failures we witness first hand.

So, what is it that keeps Rihanna returning to Chris Brown, and Karreuche chilling on ice while he works out his feelings between the two of them? Is it the same thing that allowed Mimi Faust to hang in there for years with Stevie J before finally parting ways with him after playing out their lives on national television resulting in a gawking jaw-dropping realization that he was openly dating two women who knowingly allowed this?
What is it? What is that factor that allows these types of shenanigans to be accepted by women?
According to the author, those things would be lack of honesty with oneself, failing to realize your worth, and ignoring the warning signs. 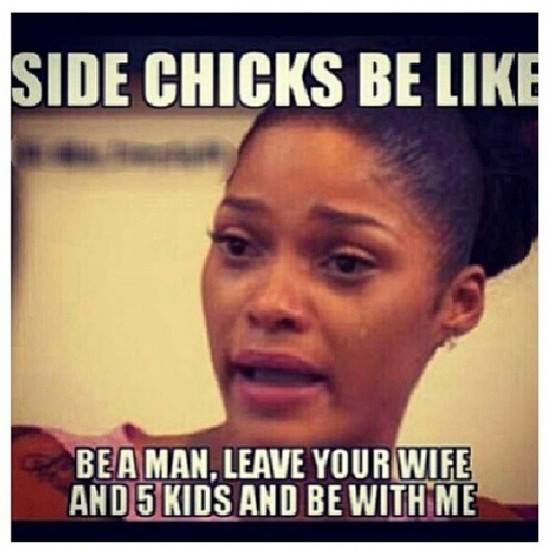 Honesty, he’s right, is the root of clarity. He goes on to say that lack of honesty with oneself hinders healing from the past wounds, especially for the ladies that are dealing with daddy issues. Before even desiring an intimate relationship with any man it is pertinent to understand who you are as a woman and your place on the throne. You are a Queen; recognize it. In addition, understand what it is that you desire from a man. This is extremely important because if you have no clue of what you would like from a man or what he can provide for you, anything will be acceptable. Understand what results you are looking for and in the event the outcome isn’t what you anticipated, it is ok to acknowledge that you have a feeling of some kind towards it.

Honesty not only gives you a clear view of what is your reality but it also sets you free. It gives you the freedom to know and understand that whenever a man approaches you from the left field with any type of behavior that’s unfit for a queen, he is not your king. No, he is not in disguise, no he is not going to magically turn into your knight in shining armor after you kiss him (in any form or fashion). He WILL be true to himself and leave you even more confused than you were before he came.

Now, there is one thing to remember: the number of those that aren’t made for you because of their undeserving nature when it comes to women, follows closely, if not matches those that are possibly worthy of a chance to get to know you. Please note: Proper behavior does not immediately equate to panty popping. Your behavior regulates his treatment towards you. He may be a king worthy of a queen but if you immediately feel that because he displays the charm and respect you’ve been craving he is automatically worthy of your panties, be prepared to be in the same spot you were before you met him. As well, understand that he will take all that charm and mannerism to a woman that knows her status as a Queen and treat her as such.

While, it may be lonely in the process of waiting on prince charming, don’t compromise worth or integrity, because it will be acknowledged as weak and the behavior of a basic that may be dealing with deeply rooted daddy issues. Daddy issues: possibly the root of the demise of the good girl. No one was there to provide a strong example of acceptable behavior from a young man that was interested in courting her. This results in accepting half ass dates and dismissing irrational behavior, which by the way are all character tales that men generally show from the beginning. Take notice and believe what he shows you.

Of all things that you take from his piece, understand that you are an original and you are unique. There’s no need for comparison of yourself to any other woman that you may cross paths with regardless of who she is, or who she’s dating. Individually, we are all worthy of our own fairytale love. However, only you can pen that love tale and its done so by loving yourself and understanding that you have purpose, created uniquely. Know who you are and what it is that you want. Those alone arm you against the male manipulation that is ever so present and preys strongly on the weak minded, angry, and unresolved issues found in so many women. If you can do the above, you’ll become a force to be reckoned with, dodging the bullets of the scumbags of the world and cuddling at night with the Prince charming who will treat you like the royalty you are.