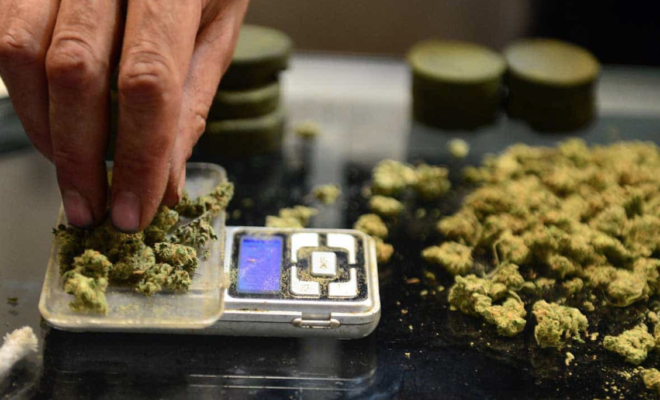 Should We Be Concerned About California’s Legal Weed Costing More

Maureen Meehan Of High Times writes “Despite the many stories about the recent drop in weed prices, some in the industry fear that cultivation, production and retail regulations could drive up weed prices in California—just when consumers can finally buy it legally.”

Jonathan Rubin of New Leaf Data Services thinks prices will go up because of compliance costs and testing.

“I can almost guarantee bottlenecks in testing and permits,” Rubin told LA Weekly.

No doubt California is going to stick to the letter of the law.

California pot czar Lori Ajax, who called the state’s entire regulatory scheme a work in progress, said it may take months for enough testing labs to be properly screened and licensed to handle the supply of weed expected to be sold starting in January.

In addition, said Ajax, many existing medical marijuana dispensaries will have untested supplies when licensing begins.

Derek Peterson, CEO of cultivation company Terra Tech, said that with a system of state licenses and localities that can ban all pot businesses, it’s not clear if supply will meet the immediate demand statewide. “So much of the supply side is dictated by regulations.”

Rubin believes the market could eventually level out or see a downward trend in prices later in 2018. His logic is that old-school growers and producers will get tired of jumping through the regulatory hoops and eventually walk away, leaving a supply gap that will quickly be filled by younger players from the agribusiness sector who already know the game.

Indeed, advanced-technology greenhouse operations such as commercial flower growers are entering the weed market because cheap imported flowers from South America have devastated their businesses.

The U.S. government has spent hundreds of millions of dollars subsidizing the flower industry in Colombia. In response, local officials in Monterey County passed an ordinance to help flower growers cultivate marijuana instead.

That should help bring prices down when the predicted bottleneck of testing and permits starts to look like the LA freeway at rush hour.

Rubin said that growers may end up dumping product on the market to raise the cash they need to become compliant in 2018. Others who can’t, or won’t, deal with the bureaucracy to become legit might sell off their weed supplies, which could present an opportunity to stock up before legalization gums up the works, at least temporarily.