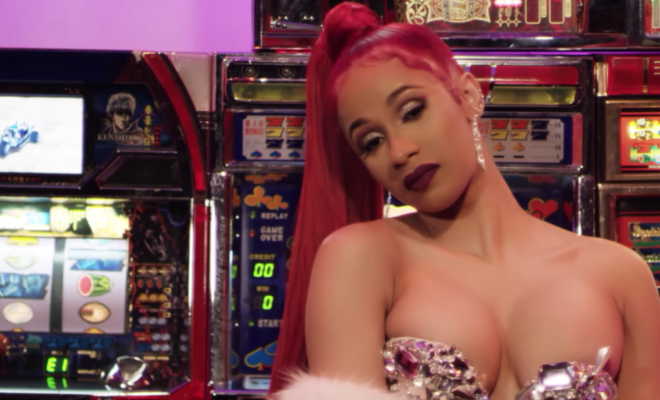 Cardi B Reveals Baby On The Way With Fiancé Offset From The Migos; Plus On Her Way To Have The Number 1 Album In The Country.

Cardi B and fiancé Offset, one third of the superstar rap trio Migos are expecting their first child together!

Earlier this week during a Saturday Night Live taping, Cardi B wearing only a sheer body con dress, showed off her baby bump proving all the rumors to be true, Performing her smash new single “Be Careful.” off her debut album “Invasion of Privacy”.

Cardi took to social media to say “I’m finally free,” following her performance, alluding to the months off speculation about being pregnant and keeping it all under wraps.

Once making her way through the hallway after Saturday Night Live show, the newly liberated mom-to-be her team was welcomed with a huge round of applause.

The pair got engaged last September and had a few ups and down in the media since.

Soon to be mom Cardi B will become only the fifth female rapper to reach No. 1 on the chart.

According to early forecast from industry prognosticators, Cardi B will undoubtedly reach No. 1 on her debut on the Billboard 200 chart with her first studio album, Invasion of Privacy.
It was released on April 6 via The KSR Group/Atlantic Records — and is already off to a good star. Music analysts between 160,000 and 210,000 equivalent album units earned in