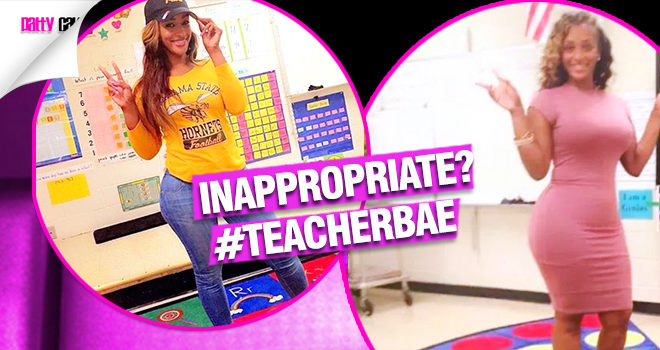 An Atlanta fourth grade teacher went viral this week on the web, not for her teaching curriculum, but for her attire, some seem to argue it was because of her body.

Fourth-grade Atlanta teacher has been deemed the “sexiest” teacher alive on the web. A photo of Patrice “Tricey” Brown went viral on social media last weekend, and in the photo, Brown is wearing a formfitting dress while in the classroom. But the photos have many people divided and has now sparked the conversation between what is supposedly appropriate teaching attire.

An Atlanta fourth grade teacher went viral this week on the web, not for her teaching curriculum, but for her attire, some seem to argue it was because of her body. 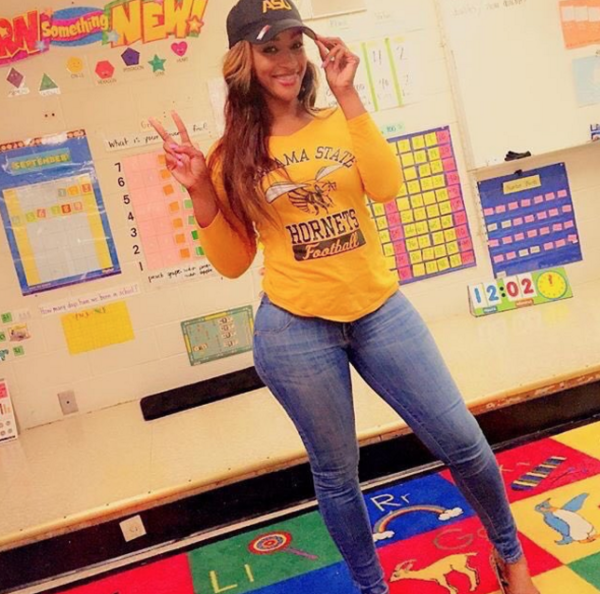 Comments on social media have some outraged saying, “She wouldn’t be teaching my child dressed like that … there’s a time and a place for everything and in the classroom is not it. Taking selfies in the middle of the classroom … bih #inappropriate af,” to others saying there was nothing wrong with what Brown was wearing.

“The only reason why people are saying this is inappropriate is because she’s thick lmao, which is pretty dumb. Her body is covered so there’s nothing inappropriate about it,” one commenter wrote on Instagram.

There is no doubt that Brown is an very attractive woman, but are people forcing their own issues and agendas in this situation, what is appropriate teaching attire in a elementary school setting ?

"Paris Monroe" is a teacher with a strippers name and a strippers body that works in Atlantahttps://t.co/Dtd1qsC8u7 pic.twitter.com/5J6sOIdHT7

I hope she's not a teacher, that outfit isn't appropriate for school pic.twitter.com/ky0Vw8ySnM

Y'all will take any educated, independent woman and turn her into a sexualized object. I'm so sick of this. #teacherbae

If some skinny bishh wore that same outfit we wouldn't be having this discussion. Thick girl problems 🙄 #teacherbae pic.twitter.com/KHPXruxLr3

Funny how nobody posted this pic of #teacherbae. The one that matters. You guys are only focusing on the negative. pic.twitter.com/i35y6hpbL7

Is there a way teachers should or shouldn’t dress in class?