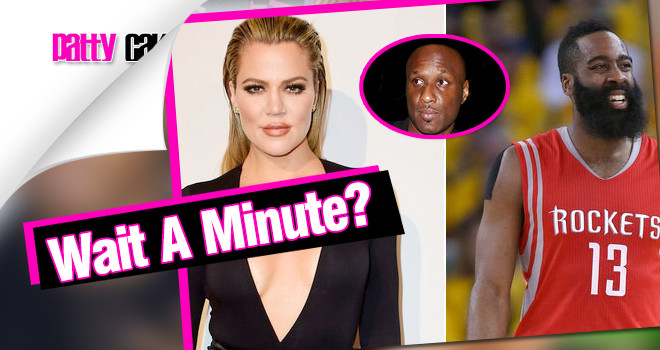 The rumor mill suggest Khloe Kardashian hopped on the first plane to Houston, leaving her husband Lamar Odom’s bedside, to visit her rumored boyfriend James Harden in Houston during his first NBA game on this season. ….

Normally this type of story we hardly care about but given recent light to Lamar’s situation this Kardashian Tales this story caught our eye.
Why Houston, you ask? Well, to see her boyfriend James Harden, of course. According to AP writer Kristie Rieken, Khloe was spotted at the Toyota Center on Wednesday to see James Harden play in the Rockets’ season opening against the Denver Nuggets, in which the Rockets lost 105-85.

Just as an FYI Khloe Kardashian was in Houston tonight for Rockets' opener. #rockets #KhloeKardashian

In a recent interview with PEOPLE magazine, the 31-year-old reality star, opened up about releasing a book soon, in which told the magazine she’s grateful for James being patient and understanding of her situation. She explained, “He’s been great with me, and I’m just allowing everything to unfold,” she told the magazine. “If it’s ever too overwhelming [for him], then I understand that as well.”

Pattycakez Staff
← Previous Story Future’s Dating Blac Chyna?! Is It True? Blac Chyna Gets Future Tattoo !!!!
Next Story → The Game Did It Best As Jidenna + Other Celebrity Halloween Costumes