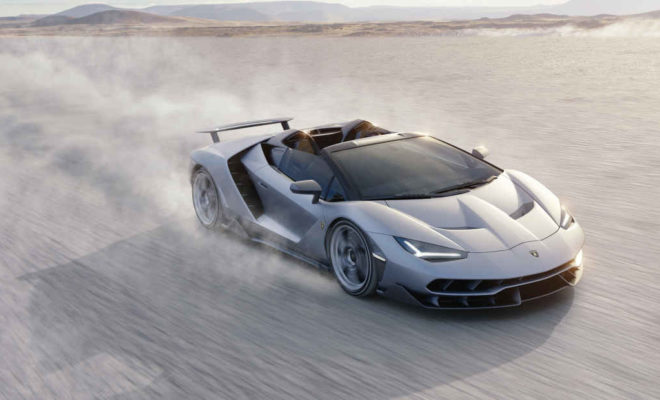 Building only 20 of the Lamborghini Centenario V12 Roadsters, they were naturally $2.27 million reaching 62 mph at just 2.9 seconds. Also keeping up with modern technology, the roadster includes a 10.1 inch display screen that activates with Apple CarPlay to utilize mobile apps.

Already sold out, this all new lamborghini was gone in the blink of an eye as the wealthy summoned their treasure chests to scoop one up before they were gone forever.

Lamborghini will build only 20 of the convertibles,which have already pre-sold.

Lambo’s V12 Roadster accelerates at a whopping to 62 mph in just 2.9 seconds, aided by a relatively light 3,461-lb. curb weight courtesy of its all-carbon fiber construction.

Centenario Roadster features  a 10.1-inch touch-screen display that works with Apple CarPlay to let you use mobile apps on the go.